One of the keynotes of our Dieselpunk subculture would be the visit to the auto factories of Detroit by the Mexican muralist Diego Rivera. In 1932, at the height of the Great Depression, Rivera arrived in Detroit, where, at the behest of Henry Ford, he began a tribute to the American worker on the walls of the Detroit Institute of Arts. The two main panels on the North and South walls of the institute depict laborers working at The Ford Motor Company's River Rouge Plant. Other panels depict other advances made in fields of science, such as medicine and new technology. The entire mural as a whole encompasses the idea that all actions and ideas are one. 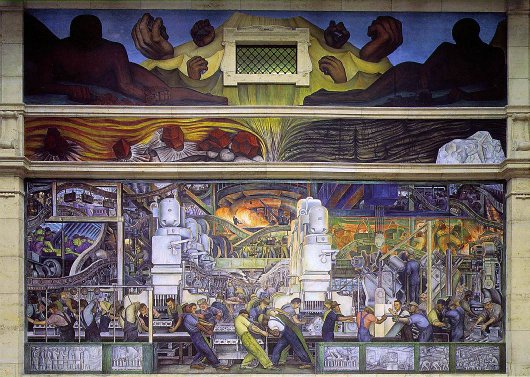 After creating the Detroit Industry Murals his critics and Rivera himself proclaimed them his most successful work. These murals are striking, singular, memorable, and a reflection of the Rivera influence in art. The Detroit News protested that they were "vulgar" and "unamerican." As a result of the controversy, 10,000 people visited the museum on a single Sunday, and the budget for it was eventually raised. The old adage that "if they spell your name right, it's good for you," holds true. 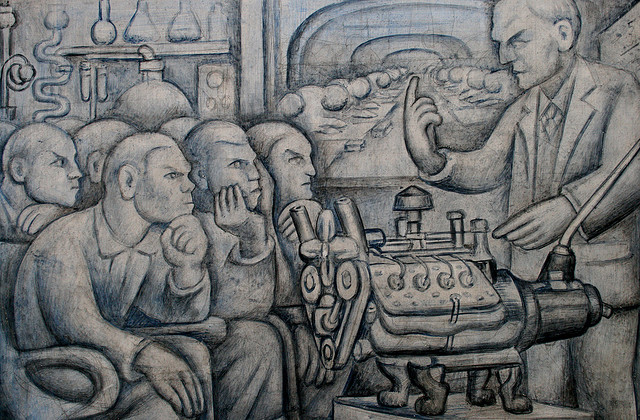 Completed in 1933, the piece depicted industrial life in the United States, concentrating on the car plant workers of Detroit.was to depict the social, political, industrial, and scientific possibilities of the twentieth century. His resulting frescoes of the memorable tour of the Ford automobile plant depicted a social commentary of mankind, working in a partnership with machines of his own making, to mold his own future. 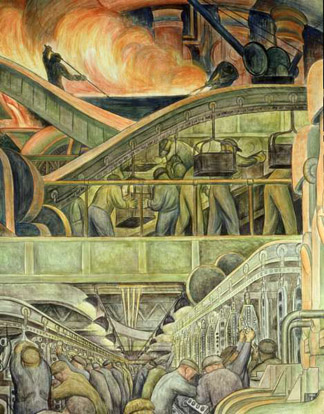 Rivera is credited with the reintroduction of fresco painting into modern art and architecture. Frescoes are mural paintings done on fresh plaster. Using the fresco form in universities and other public buildings, Rivera was able to introduce his work into the everyday lives of the people. 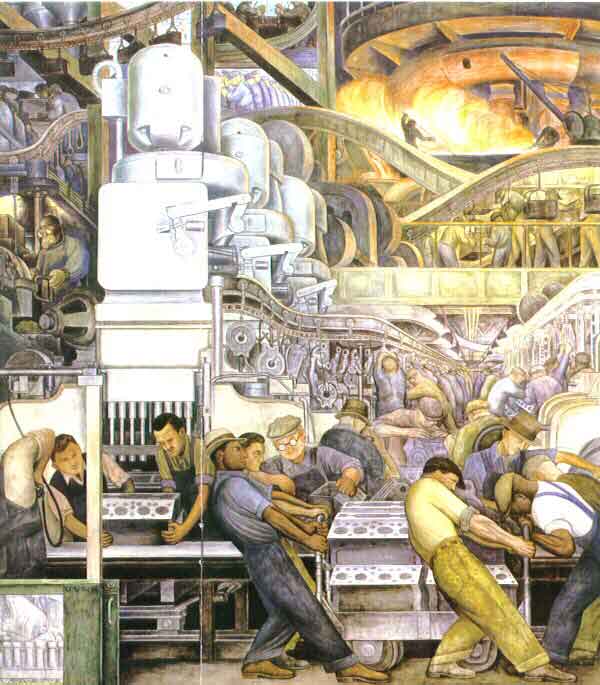 He brought his unique vision to public spaces and galleries, enlightening and inspiring artists and laymen alike. Rivera concerned himself primarily with the physical process of human development and the effects of technological progress. 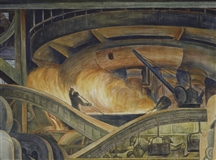 For him, the frescoes’ size and public accessibility was the perfect canvas on which to tackle the grand themes of the history and future of humanity.Perhaps one his greatest legacies, however, was his impact on America’s conception of public art. 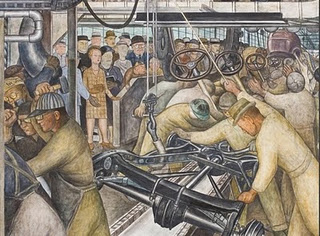 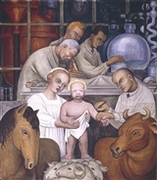 Of the hundreds of American artists who would find work through the WPA, many continued on to address political concerns that had first been publicly presented by Rivera.

Both his original painting style and the force of his ideas remain major influences on American painting and is a true reflection of our Dieselpunk ideals.

Brilliant! I love how he makes the machines so living and organic, almost breathing. Next time I'm in Detroit I have to visit that museum just to see them!

The diversity of the workers in those were decades ahead of their time, too.

Also funny seeing what appear to be some subtle Marxist references slipped into a comission for America's leading Capitalist Technocrat (a red star on a glove, a teacher that looks remarkably like Lenin). Talk about slipped in under the radar.

Fantastic.  Thanks for the reminder of a wonderful artist who work goes far deeper then any photographs of the same subject.

Wonderful work!!! Thanks for posting this.

A remarkable body of work that tells us much about the sheer labour intensiveness of automobile manufacture during that era. It was nice to be reminded about FDR's WPA programme too.

Postscript: A visit to the River Rouge plant is an industrial artist's dream come true. Everywhere you look is photographically interesting and art-fodder. 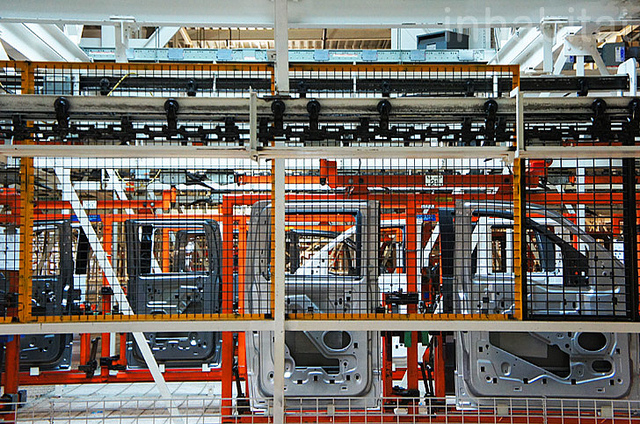