After studying the pictorial legacy of the Left, it's time to see what goods the State had been able to deliver. 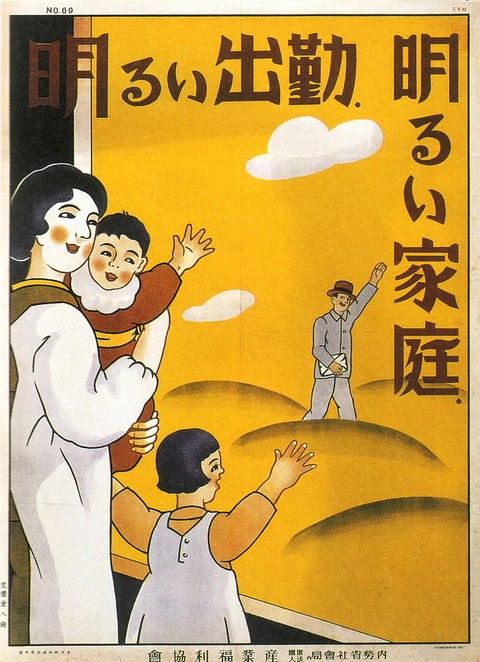 "The concepts of Japanese statism migrated to mainstream Japanese politics, where it joined with some elements of European fascism," - that's what we can read in Wikipedia and dozen other sources. Pink Tentacle placed a lot of state propaganda into "proletarian" category. Actually, these posters show a paternalist government that exchanges care for loyalty. A government that makes decisions for you (and it means YOU!).

"Happy worker makes a happy home!" says the poster above (1932). Government encourages physical training (1930, issued by the Bureau of Postal Insurance, below): 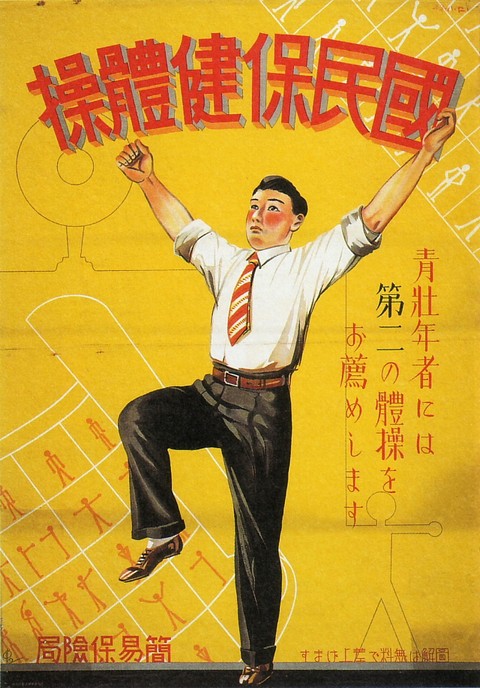 It warns you that indulging in alcohol may damage you health (1932): 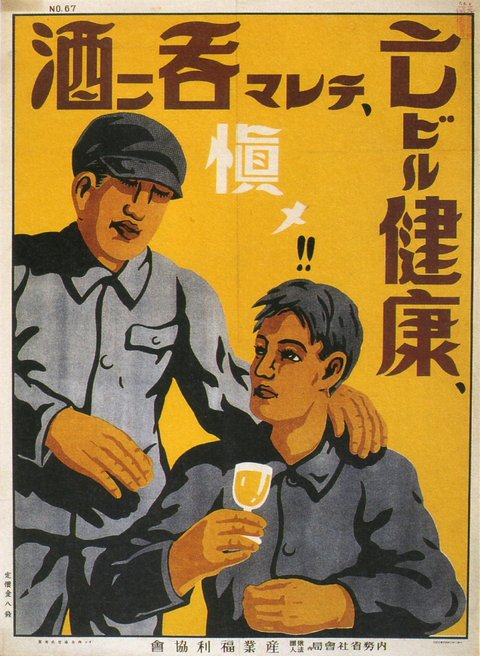 It urges woman to wash her clothes before make-up (1932): 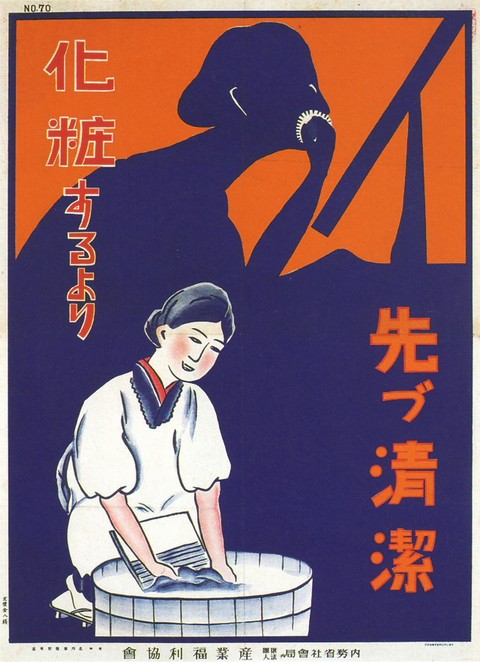 It's doing its best to prevent tuberculosis (1930): 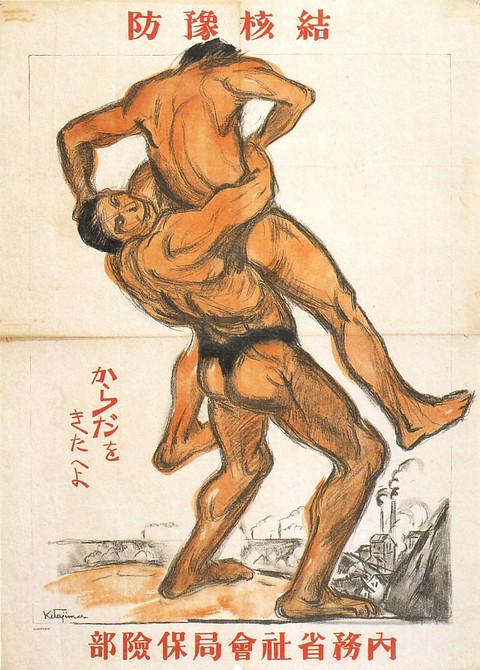 Because health means safety, and safety leads to efficiency: 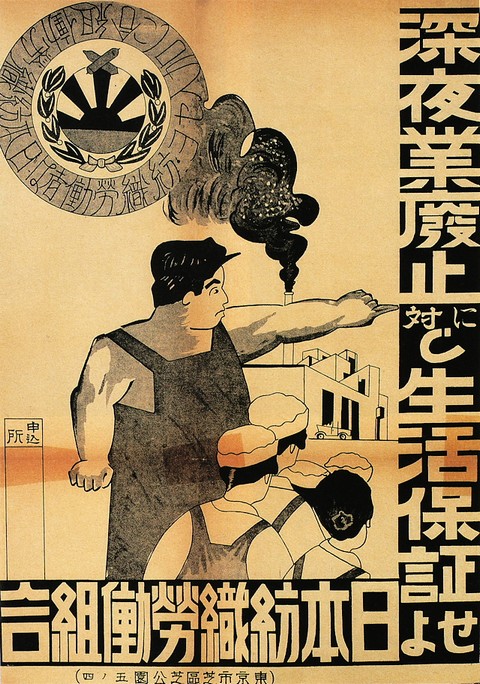 Why bother? "Come to Manchuria!" - calls the State (to be more exact, the Ministry for Overseas Affairs, and if the date 1927 is correct, it all happens four years before seizure of Manchuria and five years before its transformation into Manchukuo puppet state): 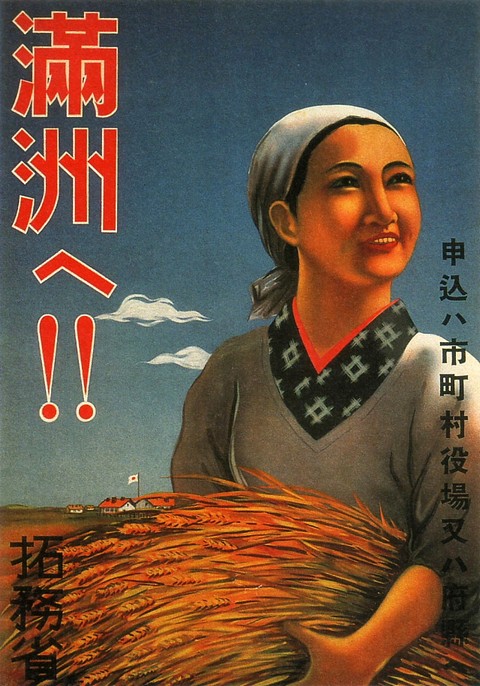 Or stay at home and stick to traditional values. "Mutual help is the key to Harmony" (1929): 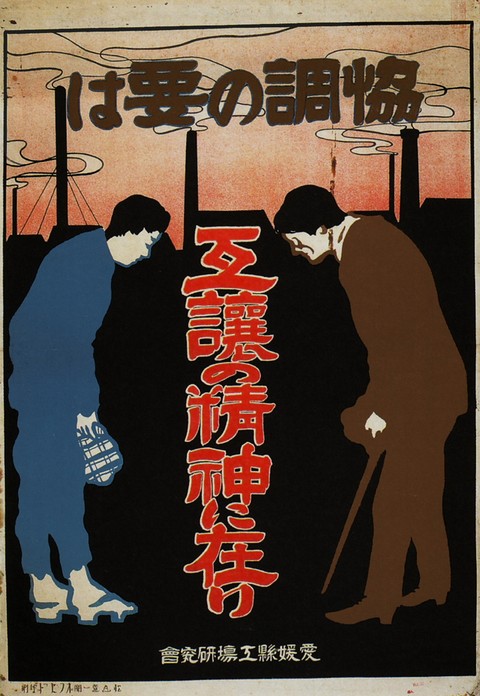 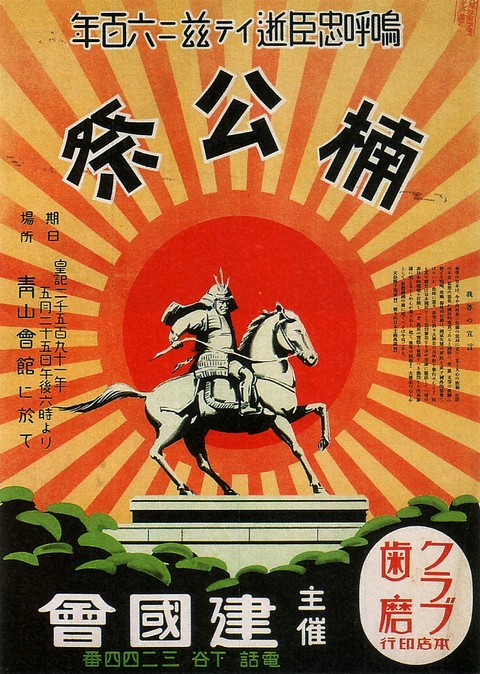 When an individual and the State are one, everybody's proud of everybody else's achievements (Gafu Exhibition of Advancing Japan, 1936): 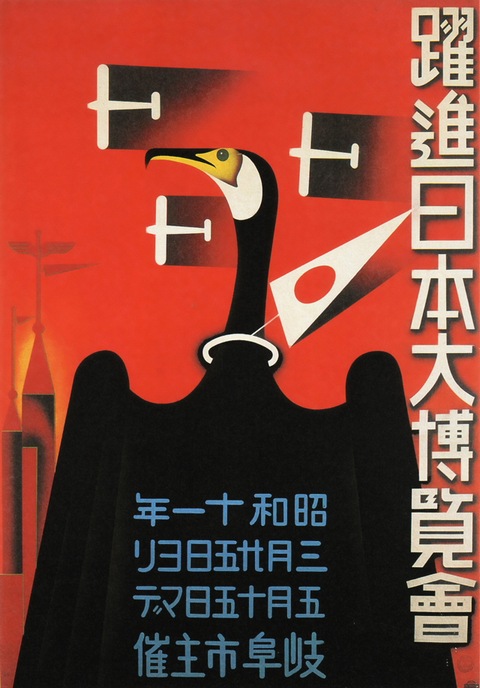 Then a war will break out, and all the world will call it Sino-Japanese. But Japan and China are friends, don't you see, the war is only against bad Chinese, and to promote friendship a loyal citizen must buy War Bonds (1937): 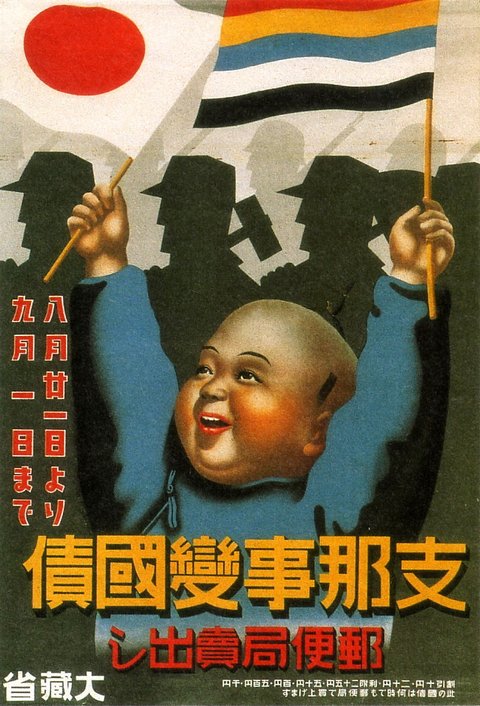 The citizens will be mobilized for the Nation (1937): 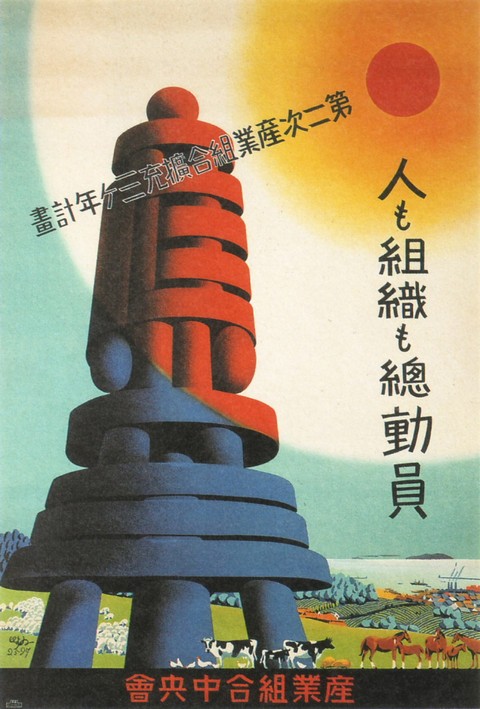 And in 1940, all (legal) organizations will become one - Imperial Rule Assistance Association, the only party in Japan. 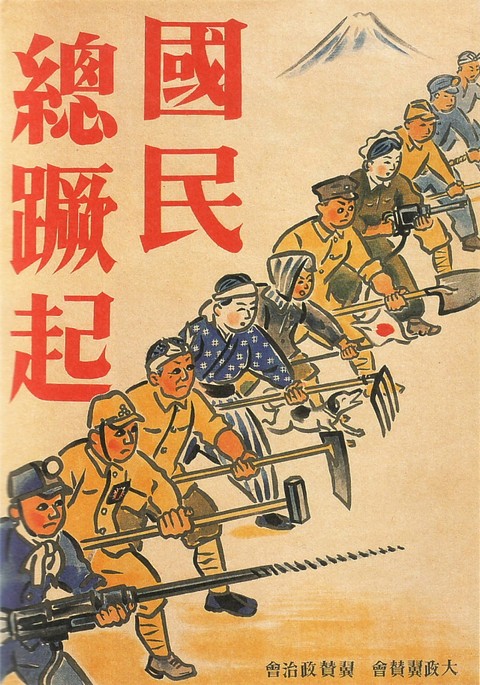 As a matter of fact it is not a party - the word itself means "part" and not "whole" or "everything". But such "parties" existed (and still exist) not only in the Japanese Empire, you know.

Special thanks to Pink Tentacle