Knights of the Air - In Defense of London

While it may sound unusual to hear about lighter-than-air ships dropping bombs on major cities - at least outside The War in the Air - the Germans pushed to set London alight with firebombs during their raids at the start of WWI.

The first German bomb to land on London was an incendiary dropped from a Zeppelin on May 31, 1915. It's shell (pictured right) survived intact, though it crashed into a house and set two rooms on fire.

The destruction wrought by dirigibles was not great - 557 Britons died in airship raids - but the huge, silent bombers inspired such terror that the recruiting poster (below) actually exploited the home-front panic. 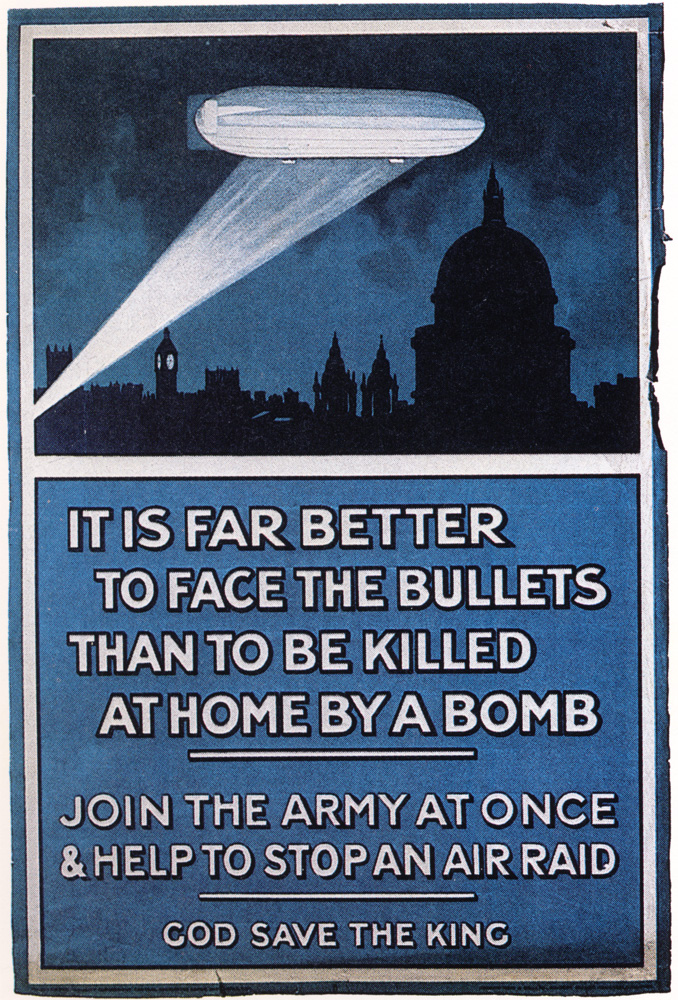