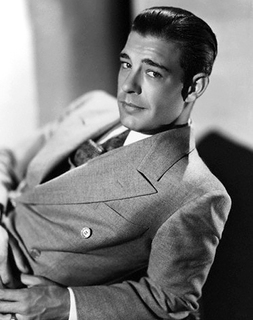 Lon Chaney Jr. (aka Creighton Tull Chaney) was an American character actor whose career was influenced (and often overshadowed) by that of his father, silent film star Lon Chaney, Sr.

Born in 1906, the younger Chaney was born while his parents were on a theatrical tour, and he joined them onstage for the first time at the age of six months. However, as a young man, even during the time of his father's growing fame, Creighton Chaney worked menial jobs to support himself without calling upon his father. He was at various times a plumber, a meatcutter's apprentice, a metal worker, and a farm worker. Always, however, there was the desire to follow in his father's footsteps.

He studied makeup at his father's side, learning many of the techniques that had made his father famous. And he took stage roles in stock companies. It was not until after his father's death in 1930 that Chaney went to work in films. His first appearances were under his real name (he had been named for his mother, singer Cleva Creighton). He played number of supporting parts before a producer in 1935 insisted on changing his name to Lon Chaney Jr. as a marketing ploy.

Chaney was uncomfortable with the ploy and always hated the "Jr". addendum. But he was also aware that the famous name could help his career, and so he kept it. Most of the parts he played were unmemorable, often bits, until 1939 when he was given the role of the simple-minded Lennie in the film adaptation of John Steinbeck's Of Mice and Men (1939). Chaney's performance was spectacularly touching; indeed, it became one of the two roles for which he would always be best remembered. The other came within the next year, when Universal, in hopes of reviving their horror film franchise as well as memories of their great silent star, Chaney Sr., cast Chaney as the tortured Lawrence Talbot in The Wolf Man (1941).

With this film and the slew of horror films that followed it, Chaney achieved a kind of stardom, though he was never able to achieve his goal of surpassing his father. He is the only person to have played all four of the classic movie monsters: The Wolf Man (1941) (Larry Talbot/Wolf Man); The Ghost of Frankenstein (1942) (The Frankenstein Monster); The Mummy's Tomb (1942) (Kharis, the mummy); Son of Dracula (1943) (Count Anthony Alucard, Dracula's son). By the 1950s, he was established as a star in low-budget horror films and as a reliable character actor in more prestigious, big-budget films such as High Noon (1952). Never as versatile as his father, he fell more and more into cheap and mundane productions which traded primarily on his name and those of other fading horror stars.

His later years were bedeviled by illness and problems with alcohol. When he died from a variety of causes in 1973, it was as an actor who had spent his life chasing the fame of his father, but who was much beloved by a generation of filmgoers who had never seen his father.