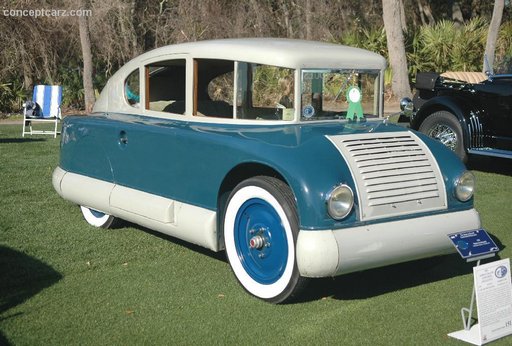 The Martin Aircraft Company of Garden City, New York applied their talents and experience in aviation to building a road-going vehicle. Like so many other cars, it would never get beyond the prototype stage; in total, only three prototypes were ever built.

Using similar principles that would later be seen on the DeSoto Airflow, Tatra 77 and the Stout Scarab, the Martin concept was a streamlined car. It was designed to carry four individuals, had full covered rear wheels to help reduce drag, and a deep sloping front with the body tapering towards the rear. Following the Jaray principles, the underbody was pontoon-shaped. 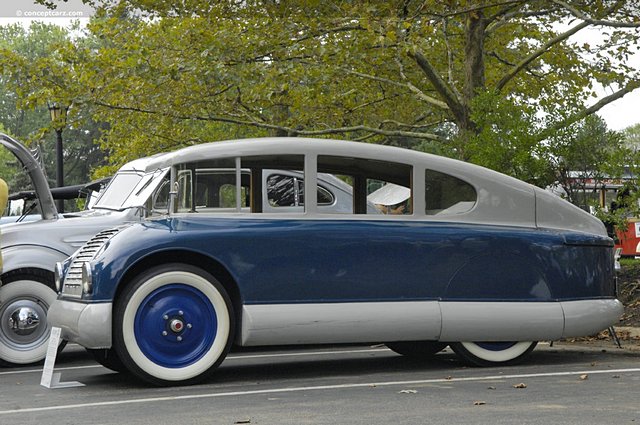 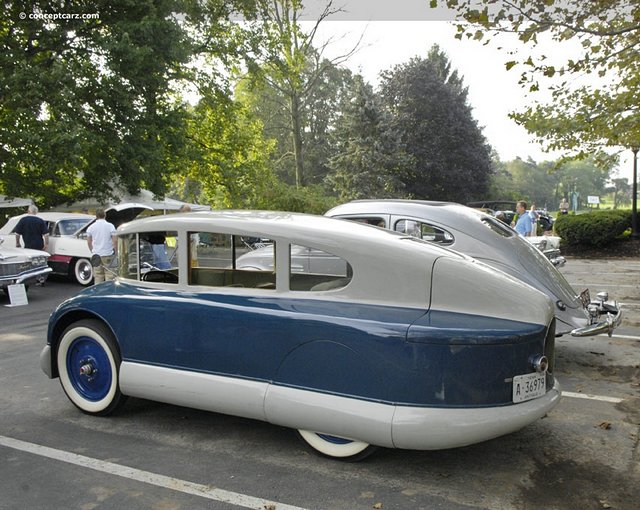 The four-cylinder, Continental water-cooled engine was placed in the back of the car, and could carry this lightweight vehicle to a top speed of 107 (claimed) miles per hour. It had an airplane-type suspension, which means it had no springs. The body was made of aluminum and there was just one door, positioned near the center on the opposite side of the driver. 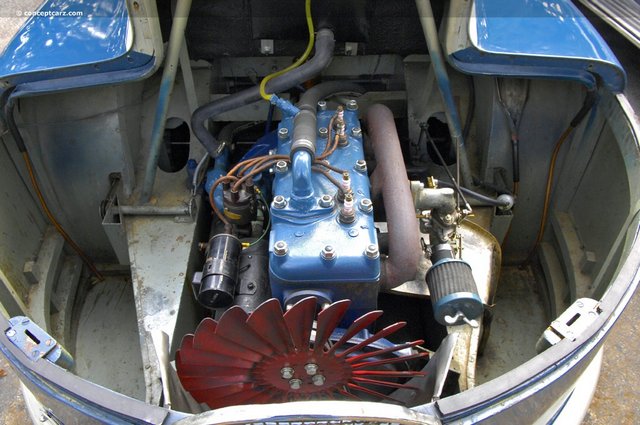 This particular example was built for Air Force General William 'Billy' Mitchell of World War I fame. The Martin (along with a smaller example called the Martinette) was presented at the 1932 National Automobile Show in New York. 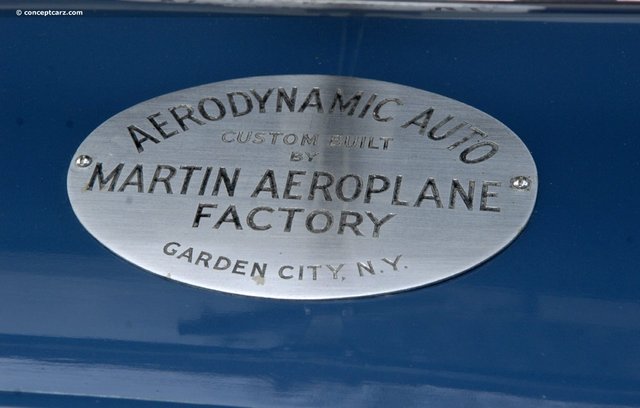 The timing was poor as the world was in the middle of The Great Depression. In the end, only three prototypes would be built, and this example is the only survivor. It is currently in the possession of the Lane Motor Museum. 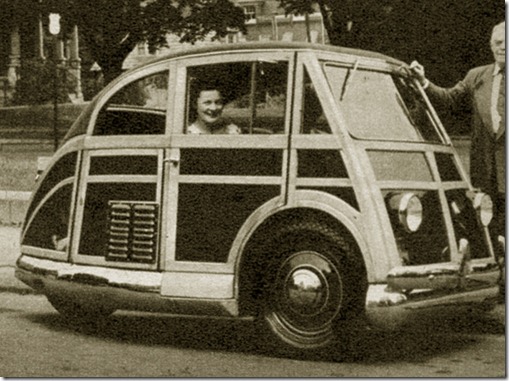 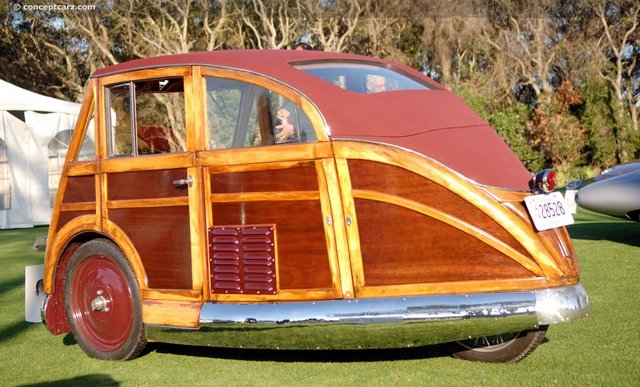 Erk. That car has the aesthetics of some yet-to-be art movement.

You are correct of course. By the way, thanks for a most enjoyable article. I am filing this info in my most desirable teardrop file. Now we are talking. The Martin Woodie would sell today! The last time I saw the Martin inspired Tatra it was parked on a street in Vienna. It reminded me I was in Austria and not in Virginia anymore. 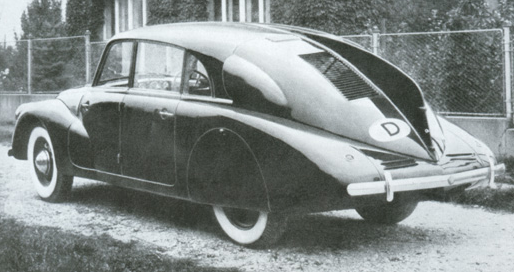