Perhaps not as well known as later models, the Alfa Romeo 6C 1750 is one of the quintessential Alfa Romeos of its era. 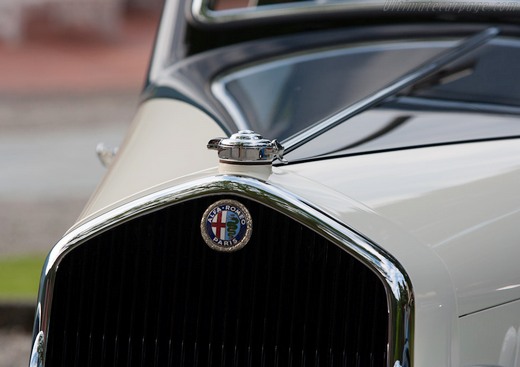 First introduced as a replacement for the 6C 1500 in 1929, the 6C 1750 evolved from a relatively simple road car to a very sophisticated racing machine in the five years it was produced. One of the key elements in the progress was designer Vittorio Jano, lured to Alfa Romeo from his former employer Fiat by Enzo Ferrari. 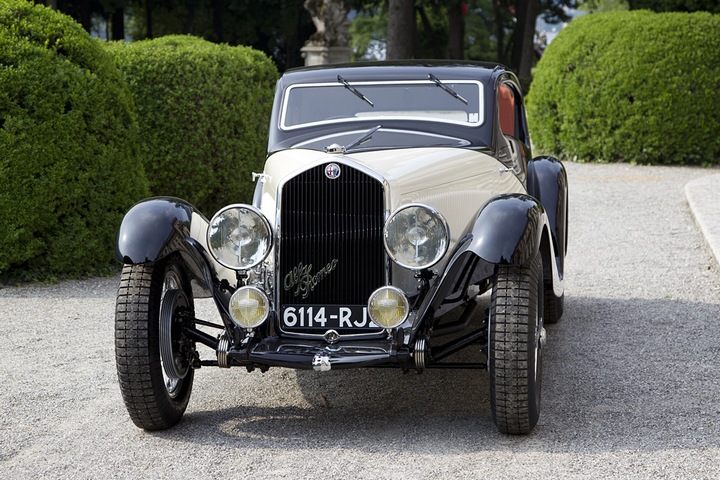 Jano's first design for Alfa Romeo was the 6C 1500, which featured a small six cylinder engine with a single overhead camshaft. Competition versions of this relatively small Alfa Romeo were quite successful, with a highlighted victory in the 1928 running of the Mille Miglia. At the 1929 Rome Motorshow, the 6C 1750 was introduced. Technically it was almost identical to the 6C 1500, with the enlarged engine as the biggest difference. First and foremost the 6C 1750 was intended to carry larger and heavier fixed head bodies. The first model available, the Turismo, was equipped with a 3.1 metre wheelbase. Soon after a shorter wheelbase version, dubbed Sport, was launched. More importantly it was fitted with a double overhead camshaft engine, which would form the base for a series of very successful competition engines. The most powerful version was the Super Sport, which was fitted with a 95 bhp supercharged engine. Production of the Sport and Super Sport lasted for only two years. The replacements were the Naturally Aspirated Gran Turismo and supercharged Gran Sport. With a wheelbase of just over 2.7 metres, the Gran Sport was not only the most powerful, but also the shortest of the series. It is this model that is best known of all 6C 1750s produced. The final evolution was a further modified Gran Sport, produced in 1933. It was equipped with various chassis modifications compared to earlier models. 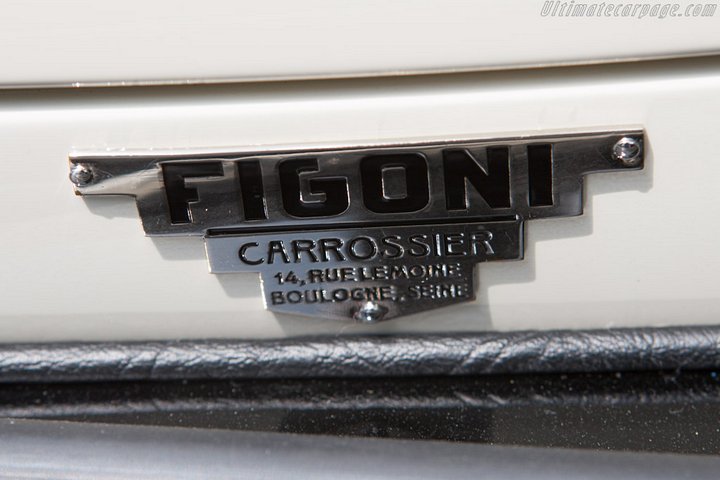 As was common practice in the day, the cars were delivered as rolling chassis for the coach-builders to body. Most of the 6C 1750s were bodied by Italian coach builders, with Zagato and Touring being responsible for the bulk of these. Other notable coach builders were Castagna and Stabilimenti Farina. Zagato's bodies were mainly chosen for the competition cars, because of their light weight. 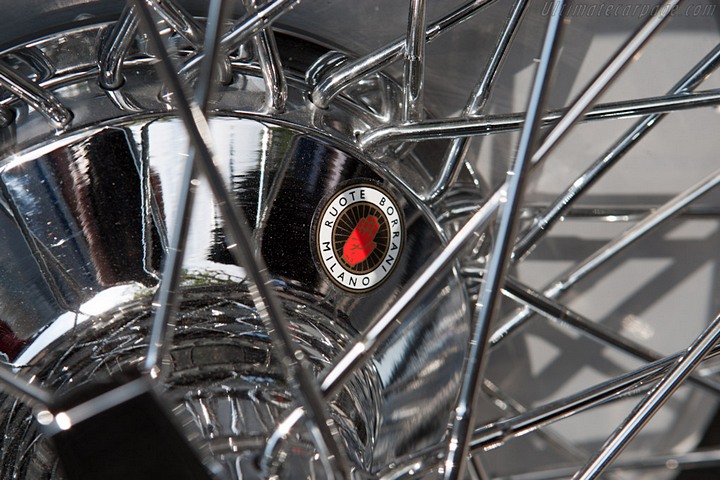 In 1933 the Gran Sport model was replaced by the 8C 2300, which shared the Gran Sport's basic design elements. The Turismo was replaced by a series of six cylinder cars of which the production would last until the outbreak of the Second World War. All of Alfa Romeo's successful competition models of the 1930s built on the lessons learned in the development of the 6C 1750. Jano's double overhead camshaft design would remain unchanged and proved a winning formula in both Grand Prix and Sports car racing. 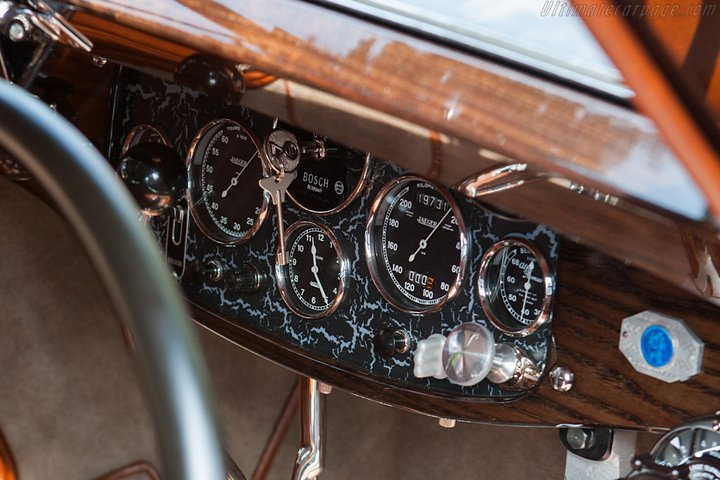 One of the final 6C 1750s produced, this sixth series example was delivered as a rolling chassis to Joseph Figoni's workshop in Paris. The Italian-born master coach-builder clothed the Alfa Romeo with one of his first 'teardrop' designs. Finished in a two-tone black and white paint-job, the car 6C 1750 Gran Sport Figoni Coupe was shown at the 1933 Paris Motor Show on the Alfa Romeo display. It was subsequently awarded with a 'Prix d'Honneur' at both the Monte Carlo and Nice concours d'elegance in 1934. The unique machine was later also shown in Deauville. 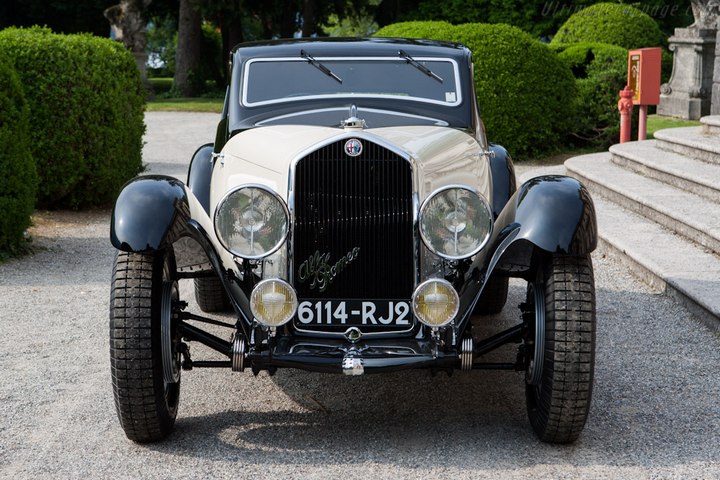 Its French owner had completely different plans for car the following season and replaced the streamlined coupe body with a lightweight open body to go racing. The only thing element left from the original design was the front valence panel. Driven by Guy Don and Jean Desvignes, the 6C 1750 Gran Sport finished an impressive sixth overall and first in class at Le Mans. Once the car's racing career was over, the original body was re-fitted. It is believed that later in the decade the Figoni Alfa Romeo was acquired by South African George Elkin. He used the car both on the Cote d'Azur and in Johannesburg during the respective summers. In 1968 the car changed hands, while remaining in South Africa. 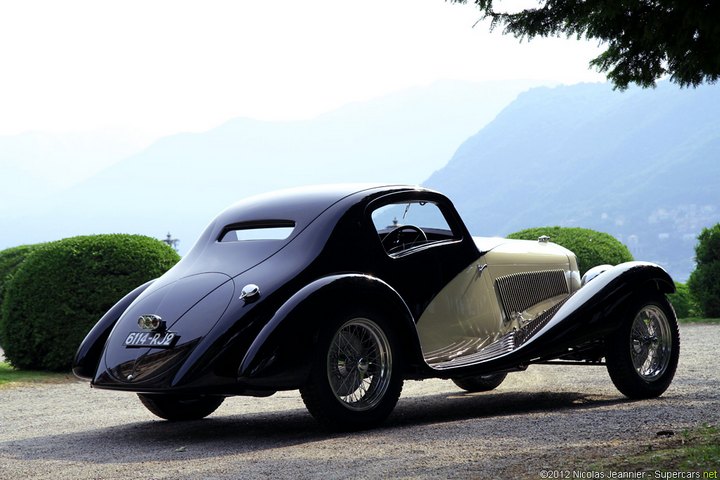 As a young man, the current owner often saw the car on the streets of Johannesburg while riding to school on his bicycle. It was the start of a love affair but it would eventually take until 2008 before he finally convinced the previous custodian to sell him the Figoni Coupe. Now painted a two-tone blue, the car had been subjected to a hasty restoration with many corners cut with the help of excessive amounts of filler and even fibreglass. It was quickly decided that a complete body-off restoration was required to return the one-off to its former glory. RX Autoworks of Vancouver was called in to tackle the project. 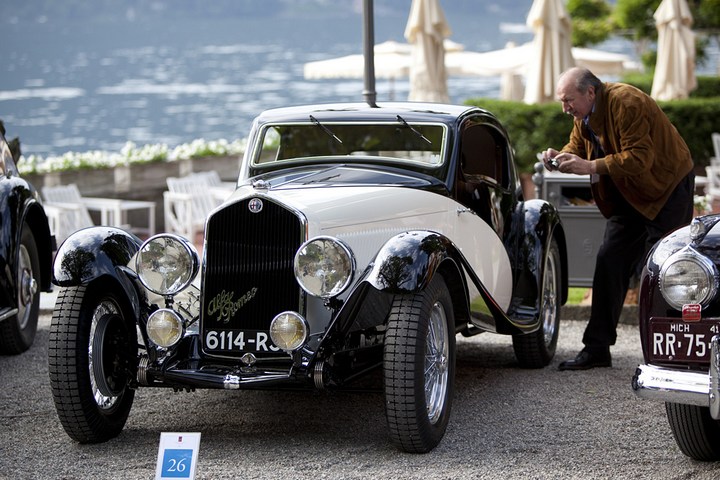 With the help of historian Simon Moore, the car's history was pieced together. Pictures from both the Paris Salon and the two concours d'elegance were unearthed. On the frame and front valence panel the blue paint was found, which the car sported at Le Mans. Carefully preserving as many original bits as possible, the car was gradually put back together. Among the original elements saved were small sections of the blue paint and a to-do list left inside the seat during the original construction of the car. The extensive work was finally completed early in 2012. Soon after the 6C 1750 Gran Sport Figoni Coupe was ready, it made its post-restoration debut at the Concorso d'Eleganza Villa d'Este, where it won all the major silverware. The Alfa Romeo will later this year be shown at Pebble Beach before the owner will start using it on the road.