Shortly after the first races were held organizers created rules and regulations to create a somewhat level playing field and to keep things relatively safe. In that light the rules setup for Grand Prix racing from 1934 to 1936 made little sense. The main element was a maximum weight of 750 kg, leaving the rest to the imagination of the very talented designers. Not surprisingly this lead to hugely powerful engines bolted on flimsy frames; very unsafe by any measure. To add insult to injury the manufacturers could not agree on new regulations for 1937 so the madness continued for another season. Mercedes-Benz dominated that year with the W125, which featured a 592 bhp engine and little to no protection in case of an accident. Some sanity finally returned in 1938 when a minimum weight linked to a maximum displacement (3 litre supercharged or 4.5 litre Naturally Aspirated) was agreed upon. 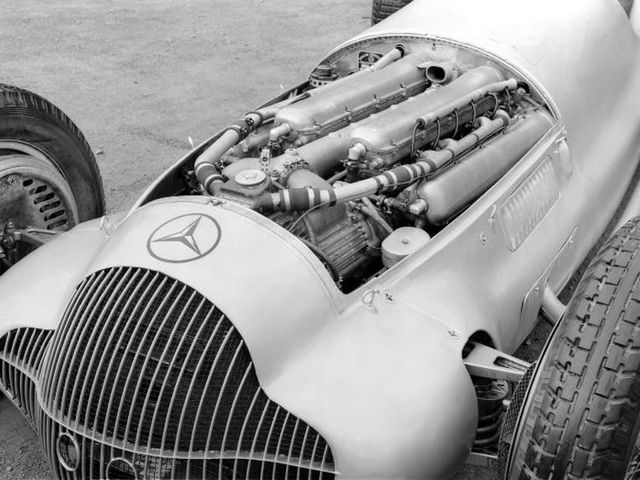 A quick calculation in the Mercedes-Benz design office revealed that a supercharged engine would be most competitive. In many ways the new for 1938 W154 was a development of the W125, which was originally developed with the new regulations in mind. The unusually stiff nickel-chrome molybdenum tubular ladder frame was virtually carried over. The biggest difference was the shorter wheelbase of the new car made possible by the use of a smaller engine. What also remained was the ground-breaking DeDion rear suspension. It combined the benefits of independent suspension without the dangerous side effects of the swing axles used by most competitors. Up front the W154 was suspended by double wishbones, which longitudinal torsion bars. Although the maximum weight was discarded, weight saving was still a top priority, so most chassis parts were drilled to add lightness. 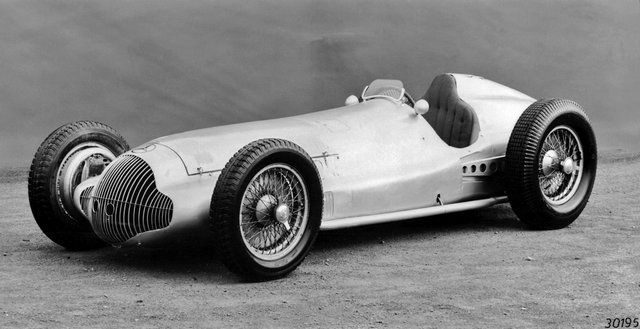 Carefully considering their options, the engineers at Mercedes-Benz eventually opted for a brand new three-litre V12 engine. Each bank was constructed from two blocks of three cylinders. The highly advanced heads featured four valves per cylinder. At the nose of the engine two Roots-Type Supercharger were fitted. Although a Fuel Injection system was created, the engines were fitted with tried and trusted Carburetors. Reliability problems forced the team to fit 'mild' cams on the first outings. In this tune the 'M154' engine yielded a commendable 425 bhp and towards the end of the year an impressive 475 bhp was available. The engine was mounted off-set in the chassis, so the prop-shaft could run alongside the driver. The whole package was tightly wrapped in an aluminium skin that was very reminiscent of the W125 body. The Mercedes-Benz works team was to compete in just nine races in 1938 but they built no fewer than 14 new chassis and 19 engines. The W154 was raced by Rudolf Caracciola, Manfred von Brauchitsch and Hermann Lang. Halfway through the season the three Germans were joined by British talent Richard Seaman. There was a small upset when a Naturally Aspirated Delahaye beat the new 'Silver Arrows' at the season opening Grand Prix at Pau. After that it was business as usual with the W154 taking six victories in the following eight races. All four drivers shared in the honours and they ended the season in the top four positions on the table of the European Championship. Caracciola scored the most points of all and was crowned champion. The only blemish on the season was the cancellation of the trip to the Indy 500 due to technical problems; the 500 mile was very early in the season.

Despite all the successes the W154 was continuously developed. Throughout the 1938 season the size and location of the fuel tanks was altered as was the shape of the body. Over the winter the V12 engine was completely reworked. Although the specifications changed little, the engine was now considerably stronger and sported a two-stage Supercharger for a more even power delivery. 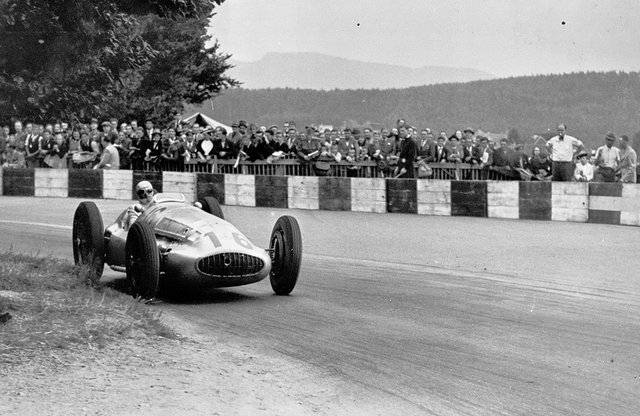 The new V12 was labeled M163 and in many sources the 1939 Mercedes-Benz Grand Prix cars are incorrectly referred to as W163s. In fact the cars fielded that year were the same W154 chassis as used in 1938 although fitted with a new engine and an even slippier body. From the outside they are easily recognizable by the much smaller, oval grill. The M163 produced 480 bhp and did not share the M154's taste for oil. 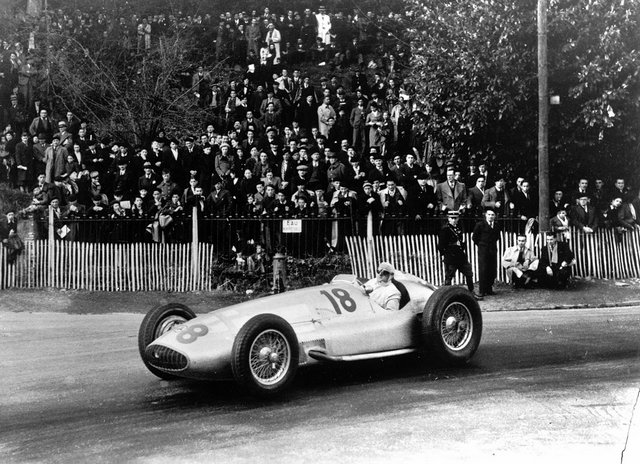 By 1939 the competition had caught on especially the Auto Union Type D proved a formidable adversary. Nevertheless the W154 maintained its winning ways and this time also clinched the Pau Grand Prix. Hermann Lang was the man of the season, scoring four victories out of a possible seven. The 1938 champion Caracciola won the all important German Grand Prix. From September 1939 onwards most racing was suspended. After the War the W154 was wheeled out a few times. One example was raced at Indy in 1947 and 1948 but the complicated machine proved too much to handle for the small private effort. Mercedes-Benz shipped several examples to Argentina for two Formula Libre races and were also faced with technical problems. The fuel available in these difficult times stood no comparison with the explosive brews used in 1938 and 1939, which caused the delicate engines to run very poorly. 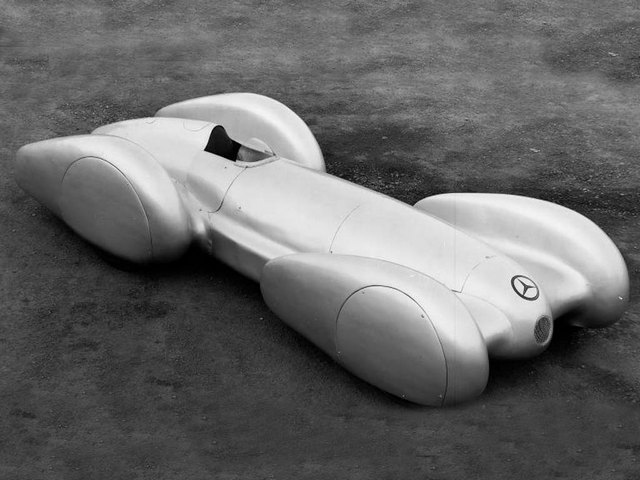 It is believed that a total of fifteen W154 were built by Mercedes-Benz. Together they scored 11 wins in 16 outings. The third chassis was never used in 1938 and 1939. The last car did race as it was part of the fruitless expedition to Argentina. Chassis 3 may have been used as a record breaker alongside chassis 11 which first served as a Grand Prix car and was later fitted with a fully enveloping body. 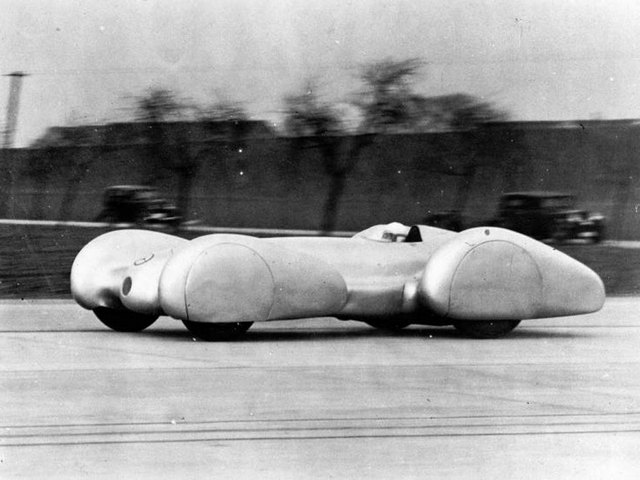 Fitted with larger engines these machines were capable of speeds well in excess of 430 km/h. Today the presence of at least nine of the cars is known, which contrasts starkly with the very limited number of Auto Union survivors. 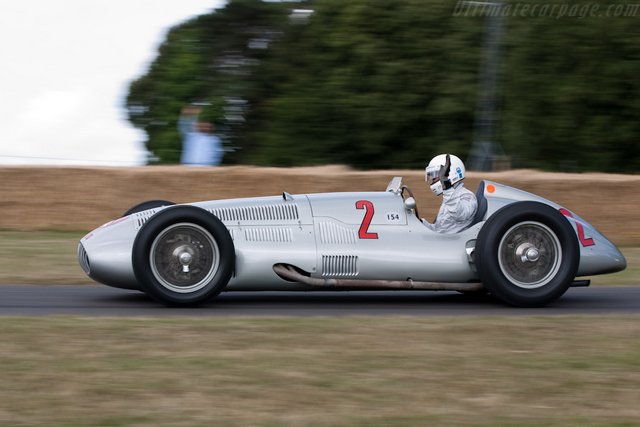 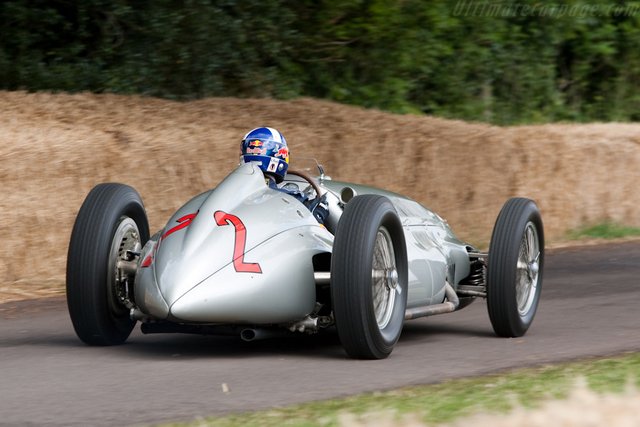 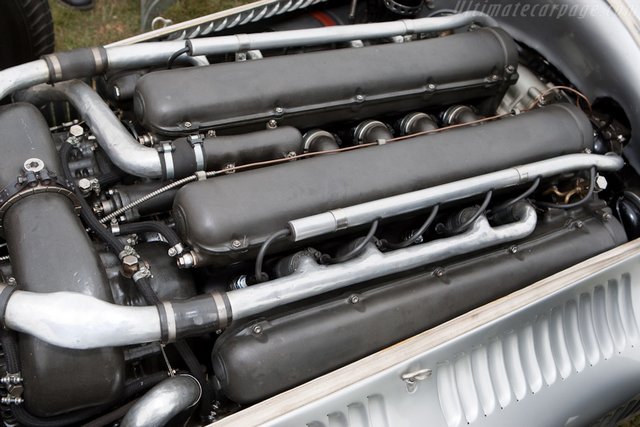 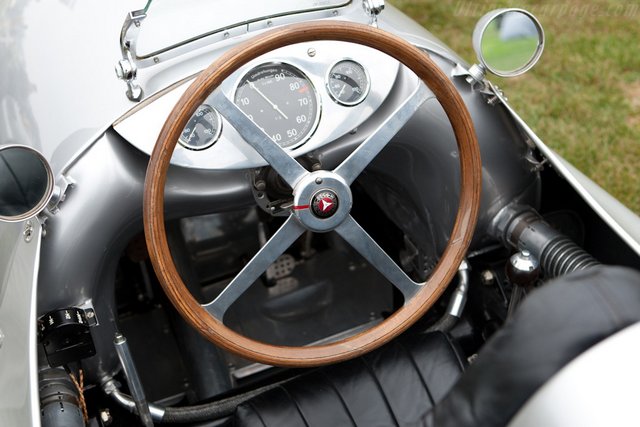 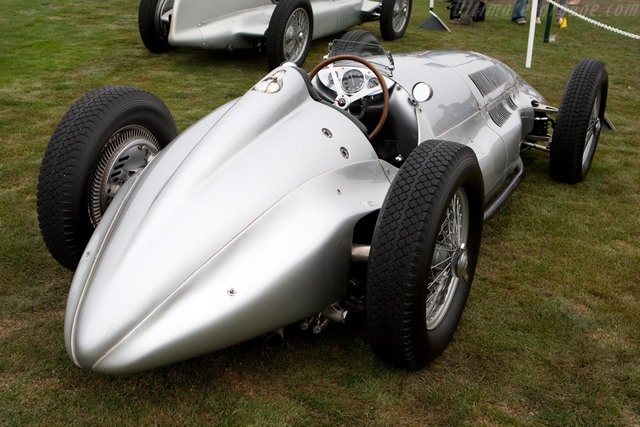