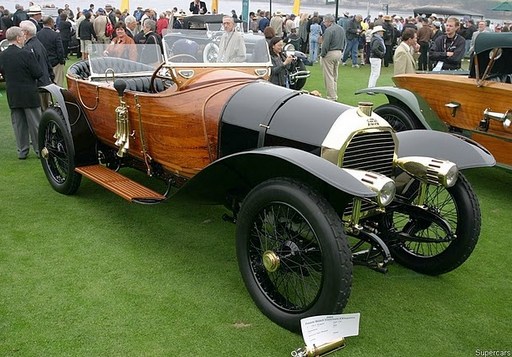 Skiff bodies with their high-quality finish rivaling with that of the yachts are closely associated with the name of one of the finest French coachbuilders. As early as 1858, Jean-Baptiste Labourdette started making horse drawn carriages and by 1907 his grandson Jean-Henri had taken the company to the next level. In 1912, Labourdette unveiled his Skiff design which was the first of many significant and aerodynamic cars to come from his workshop in Paris.*

“It was in 1912 that I that built my first skiff body, on a Panhard & Levassor chassis” is how Henri recalls this car. With it, he pioneered the synthesis of boat construction and automotive style. Skiff stands for a small rowboat and the design was mimicked by many other coach builders leading up to the 1920s. The absolute highlight of this Skiff is a nautically-themed body that is shaped unlike anything else made during the period. This sleek shape was devoid of doors and surely an exercise in extreme design. The harmony between the hood, passenger space and boat-tail rear end was unmatched in the pioneering days of coach building when cars were typically shaped cars like boxes.

The first skiff was make for Chevalier René de Knyff who was an enthusiastic driver as well as the director of Panhard et Levassor. Labourdette recounts the initial proposal: "The Chevalier René de Knyff invited me to his office and made me a proposal: “I would like a very, very light but comfortable torpedo offering the least wind resistance.” As he was a great sportsman and practiced bicycling and rowing daily, he suggested to me: “You know that I do rowing. Why don't you build this body like my skiff, in mahogany with ribbing and all? It’s light and strong.” I pointed out to him that a boat did not have doors and that was why its hull was rigid. "That doesn't matter," he responded. "Make me a torpedo without doors."

Aside from its aesthetic qualities, the Skiff was also light and reduced body weight to 400 lbs (180kg). Labourdette talks about his technique: “I constructed the skiff in triple layers of mahogany planking, riveted on a frame of ash. According to what I had seen, between the second and third plies I had placed a layer of canvas, which assured great rigidity.” The structure was inherently rigid due its lack of doors. Inside, the car’s ash ribbing was exposed as well as the floors grooved mahogany. This lack of upholstery helped reduce overall weight. Labourdette debuted the Panhard & Levassor at the Paris Motor show, where its boat tail and high level of craftsmanship could be seen. It was clear that Labourdette went beyond the initial concept to appeal to a wealthy market which would appreciate the body’s nautical theme, ornate construction and exclusive shape. 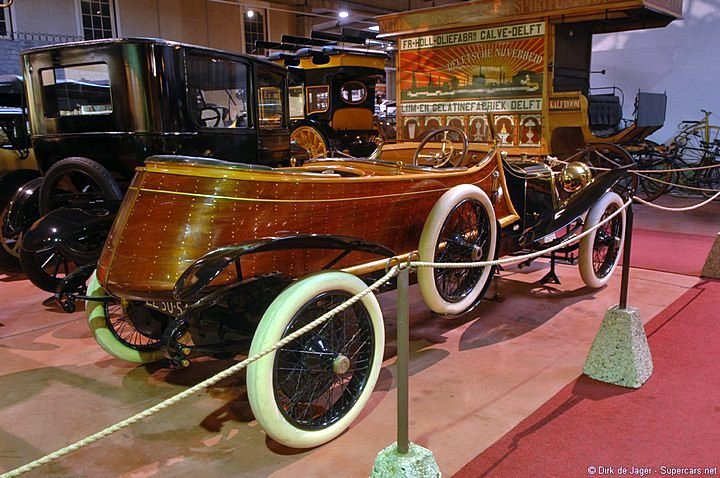 After the show, Labourdette applied skiff bodies to many different cars including Rolls-Royce, Mercedes-Benz, Hispano Suiza, Renault, Peugeot and Delauney-Belleville². 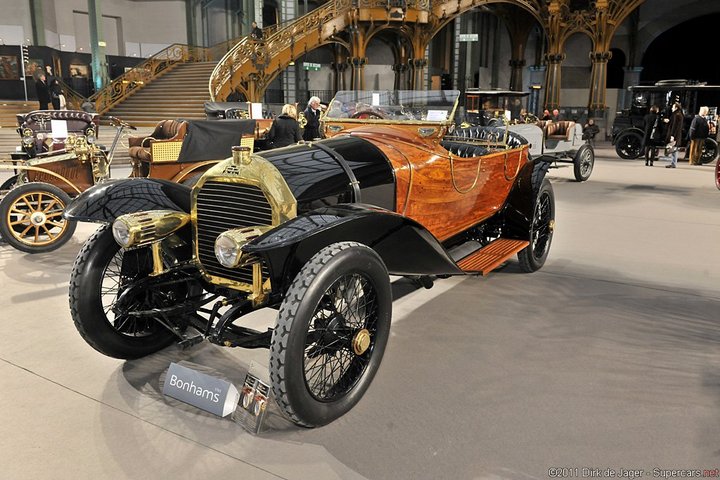 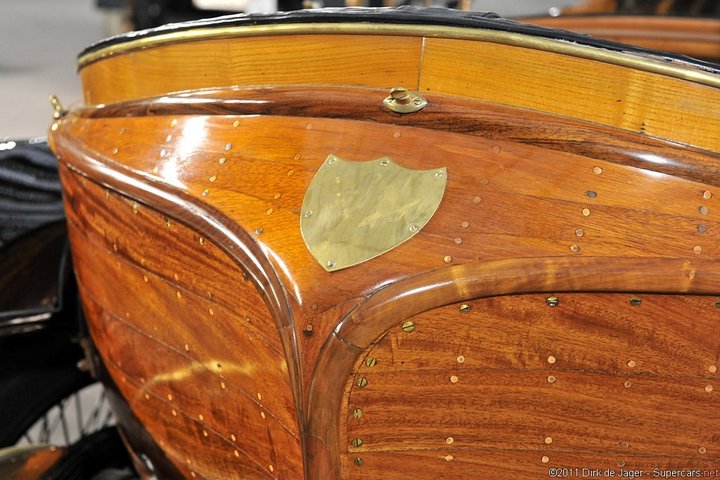 Before his death, Labourdette wrote about the skiff in his book Une Siécle de Carrosserie Français. He also assisted the Louwman Collection to recreate a body in the Netherlands on an original 1912 Panhard et Levassor X19 chassis. Labourdette lent his expertise to the project and ensured the three layers of wood, ash structure and nearly 500 brass rivets were correct. The replica is on permanent display at the Dutch National Motor Museum in Raamsdonksveer. 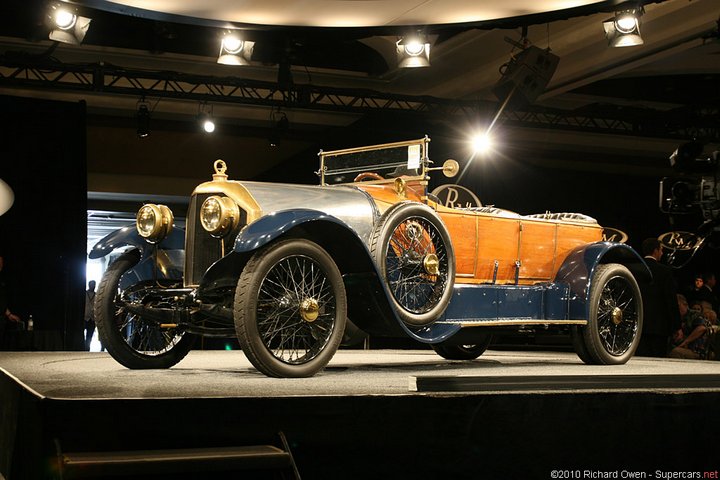 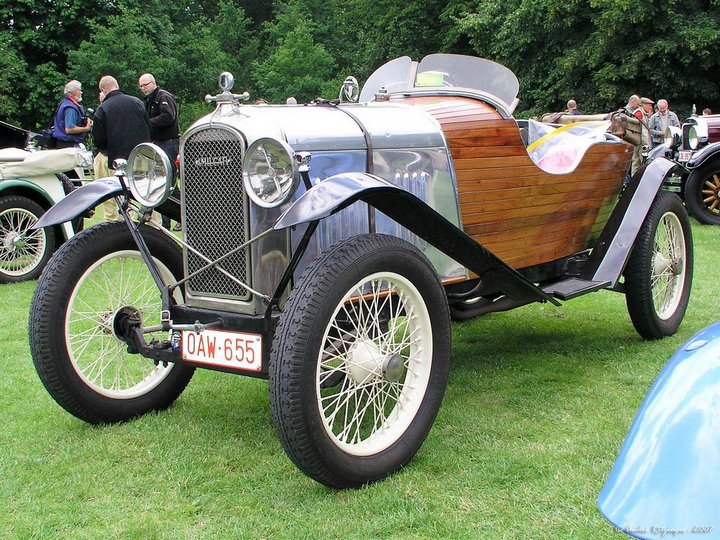 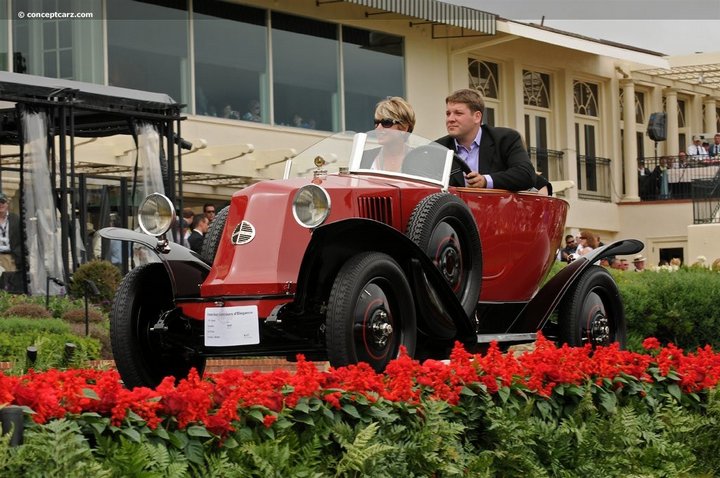 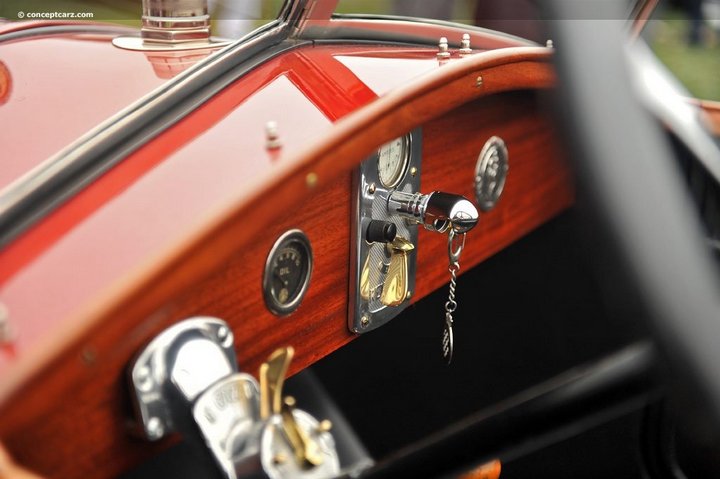 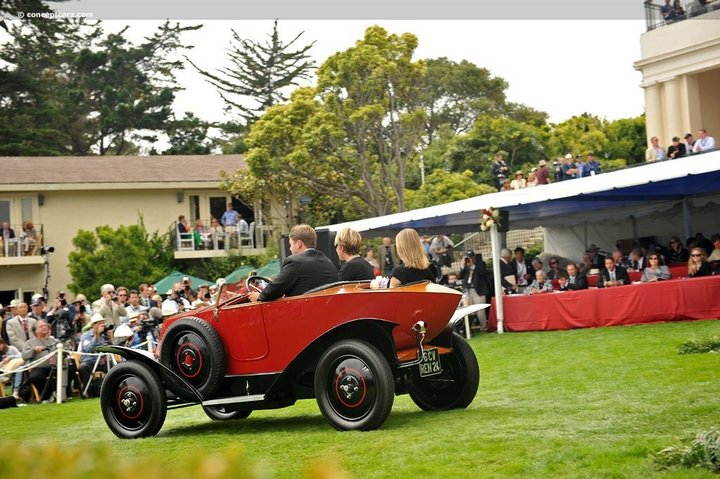 Comment by Pilsner Panther on July 30, 2011 at 6:35am
I wonder if any of them came with a notice that said, "Warning! Do not drive into water except at your own risk!"