What can be more Dieselpunk than a submarine battleship or a submersible aircraft carrier? 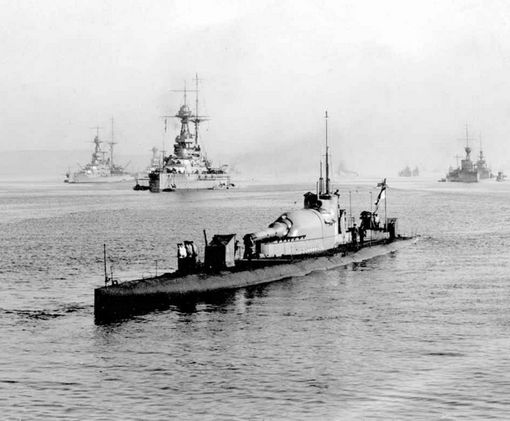 Bizarre? Wild? Outlandish? Well, I am talking about real ships. Very real and very unlucky.
It was no other than Lord Fisher who submitted a proposal to the First Lord, Lord Balfour, in August of 1915 to mount a 60 ton 12 inch gun from a battleship of the Majestic class on a K class hull. The gun was to be situated in front of the conning tower. So these submarines fall into "Fisher's Follies" category along with "light battlecruisers" (later converted to aircraft carriers). But don't blame it all on old Jackie Fisher: the idea was born the Committee on Submarine Development, obviously under impression of new German U-cruisers armed with 5.9 inch guns. 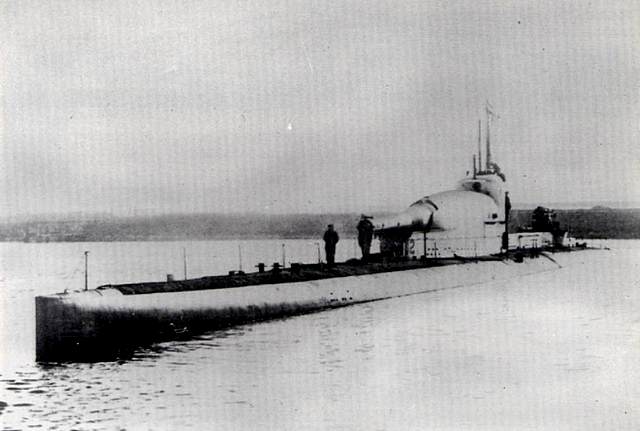 In February 1916 Vickers received an order to build a boat to the new design. K18 was remodeled and became M1. Another boat, M2 (ex K19) was ordered from Vickers in May 1916 and two more, M3 (ex K20) and M4 (ex K21), from Armstrong Whitworth in August 1916.
Of the three M Class submarines built (M4 was launched in 1920 only to be sold for scrap), only M1 was completed before the end of the war, though she was never used in action because it was thought that if she was copied by the enemy Britain was likely to suffer more from the use of the 12-inch gun than Germany. Why this was never thought of before construction remains a mystery. M2 and M3 were completed in 1920. 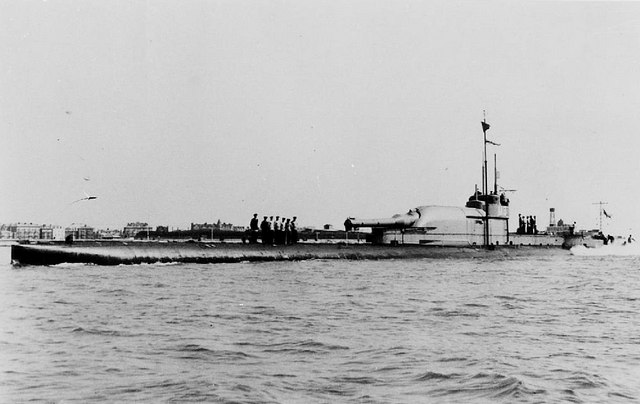 The fact that the M Class design got further than the conference table is a reflection of the failure by the Admiralty to recognise the proper nature of submarine operations. Although their 12-inch guns were ideally suited for bombarding coastal defences, their method of attack at sea was rather primitive. The attack procedure was to cruise at periscope depth until the target was lined up'. The submarine was then brought-up until about six feet of the gun barrel protruded from the water. A round was fired and the submarine would then make a rapid dive - unable to fire again as the gun could not be reloaded under water. Known as the 'dip-chick' method, this attack procedure took about 30 seconds to complete. At that time torpedoes were considered ineffective against moving warships at more than 1000 yards (900 m). Nevertheless it is unlikely that a well-constructed ship would be sunk by a single 12-inch (305 mm) shell hit.
The guns were 12-inch (305 mm) 40 calibre Mark IXs. The mounting allowed them to elevate by 20 degrees, depress 5 degrees and train 15 degrees in either direction from the centre line. M1 and M2 also had four 18-inch (450-mm) torpedo tubes whilst M3 and M4 were designed with 21-inch (533 mm) diameter tubes and were 3 metres longer to accommodate them.
The M Class were partial double-hulled submarines with the double-hull extending for about 65% of the length of the boat. A surface speed of 15 knots was attained from two Vickers 12-cylinder diesel engines, each of 1200 bhp. Under water, four double armature-type main motors, generating 400 bhp each, gave a submerged speed of 9 knots. Power for submerged operations was supplied from three battery tanks containing a total of 336 Exide cells.
At the end of the war, the question of future employment arose as 'there were no targets and the enemy had not initiated anything bold in submarine policy'. Consequently, during the 1920s, the three M Class submarines led contrasting lives.

On October 25th, 1925, M1 was rammed by a Swedish collier, SS Vidar, off Start Point and was lost with all hands.The wreck of M1 was discovered by a diving team led by Innes McCartney in 1999 at a depth of 73 metres. Later that year the wreck was visited again by Richard Larn and a BBC TV documentary crew, and the resulting film was aired in March 2000.
M2 and M3 had their large 12-inch guns removed in the late 1920s to conform with the Washington Disarmament Treaty, which stated that no submarine should have larger than 8-inch calibre guns.

M2 was converted to a seaplane carrier in 1925, a hangar replacing the gun turret, and a catapult to launch a small Parnall Peto seaplane. 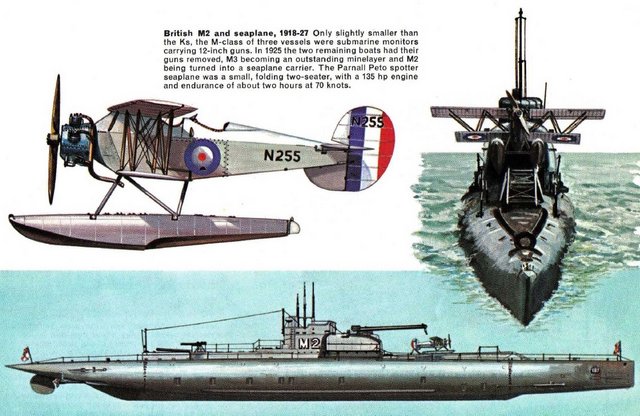 She was lost off Chesil Beach on 26 January 1932. It is thought that the hangar door was opened prematurely. M2 lies in much shallower water, 32 metres deep with the top of the conning tower only 20 metres below the surface at low tide. She is a popular attraction for local scuba divers with as many as six boats anchored above her on busy days. 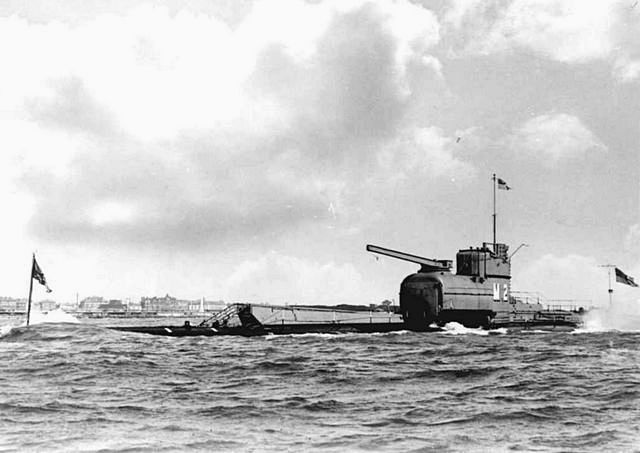 During her service she was quite popular with the photographers - there are more pictures of M2 than of her two sister ships together. Let's see some: 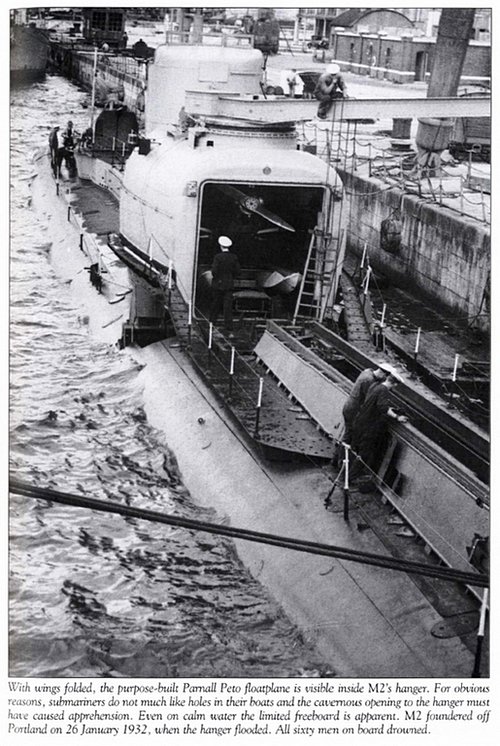 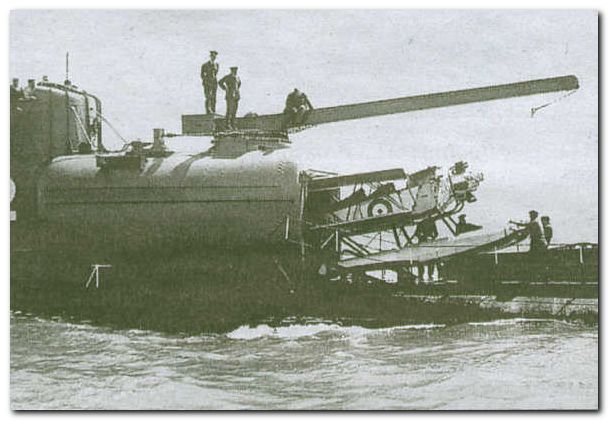 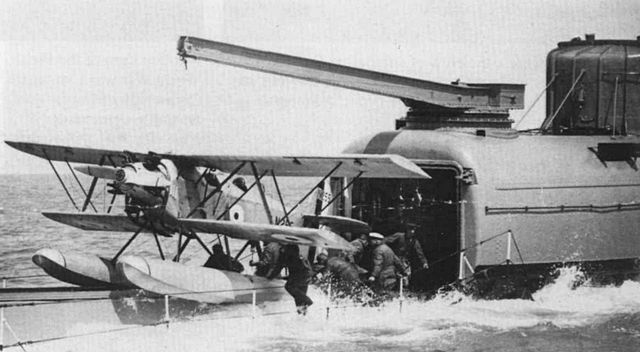 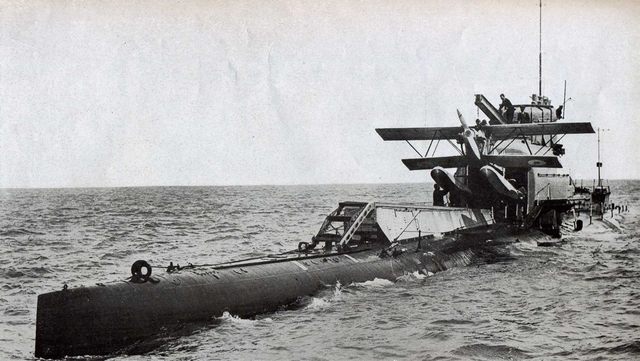 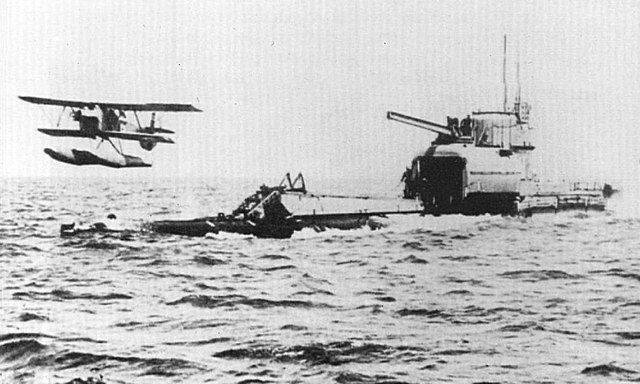 M3 was converted to a minelayer in 1927 with stowage for 100 mines, primarily to test the mine-handling equipment of the Porpoise class. The mines were carried on a conveyor belt which ran along her upper deck and covered over by an enlarged casing. The mines were laid through a door at the stern. She was scrapped in 1932 after the trials had been completed.

So, this was the story of the Royal Navy most unlucky submarine class (although some authors tend to call each converted submarine a class of its own). Wild ideas that emerged on the dawn of Diesel Era proved not only costly but lethal.

Comment by Pilsner Panther on November 3, 2010 at 11:08pm
Totally bizarre. I can't help but wonder if the recoil didn't push the thing backwards when the gun was fired!

Comment by lord_k on November 2, 2010 at 12:00am
Just like the idea of employing submarines as artillery cruisers. Not only Royal Navy has fallen into this trap with the HMS X1, but also US Navy (6-inch guns on USS Nautilus), the French with Surcouf (2x8-inch and a hangar for recce plane!) and Soviet Navy (P сlass, originally armed with 2x5.1-inch guns). Nobody thought of the sub's stability. In fact, all this firepower was wasted, it was impossible to aim the guns.