While I was looking for some design inspiration at the Digital Comic Museum. I discovered a couple of old Captain Video RCA record jackets (see below). On the back were some punch-out paper toys. So I thought it would be cool if I made my own paper toys, not so much inspired by Captain Video but more by Dave Stevens' Rocketeer.

Thanks, again Steve... you were, and still are one of the best.

I plan on making more of these in the near future, so let me know what you think. 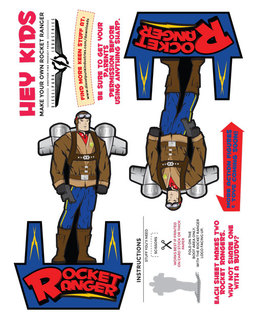 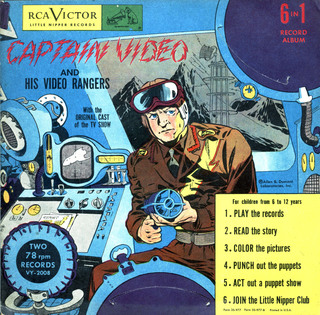 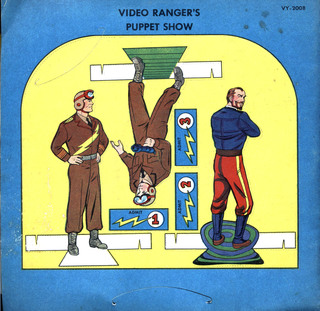 The back cover with punch out toys.

Both are DARN COOL!!!

But I think that the Rocket Ranger needs a sidekick paper gal to rescue in the nick of time from certain doom every week. LOL