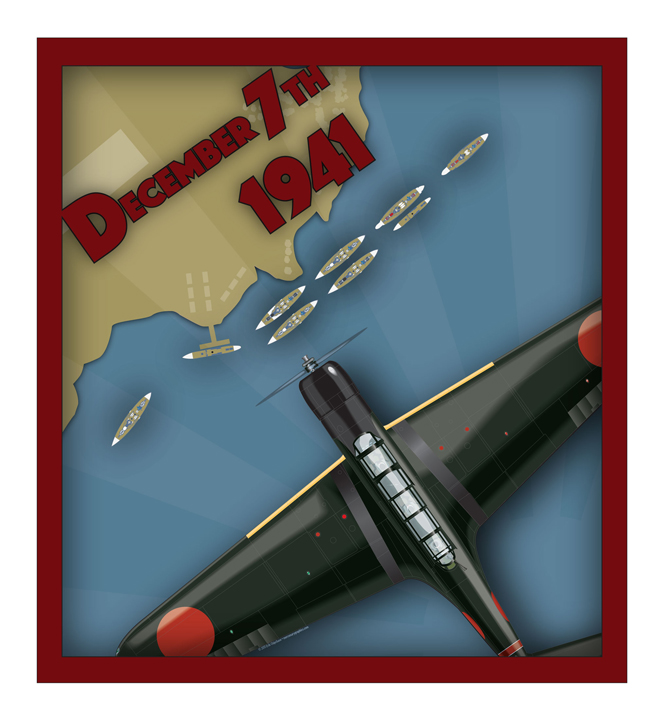 The attack on Pearl Harbor by the Japanese Imperial Navy of Pearl Harbor was a surprise military strike conducted by the Imperial Japanese Navy against the United States naval base at Pearl Harbor, Hawaii, on the morning of December 7, 1941

The attack came as a profound shock to the American people and led directly to the American entry into World War II in both the Pacific and European theaters. The following day the United States declared war on Japan.

Comment by Tome Wilson on July 20, 2011 at 8:43am
Great shading and attention to detail in the Zero.  I also like the radial lines coming from the bottom right; Deco and Japanese at the same time.