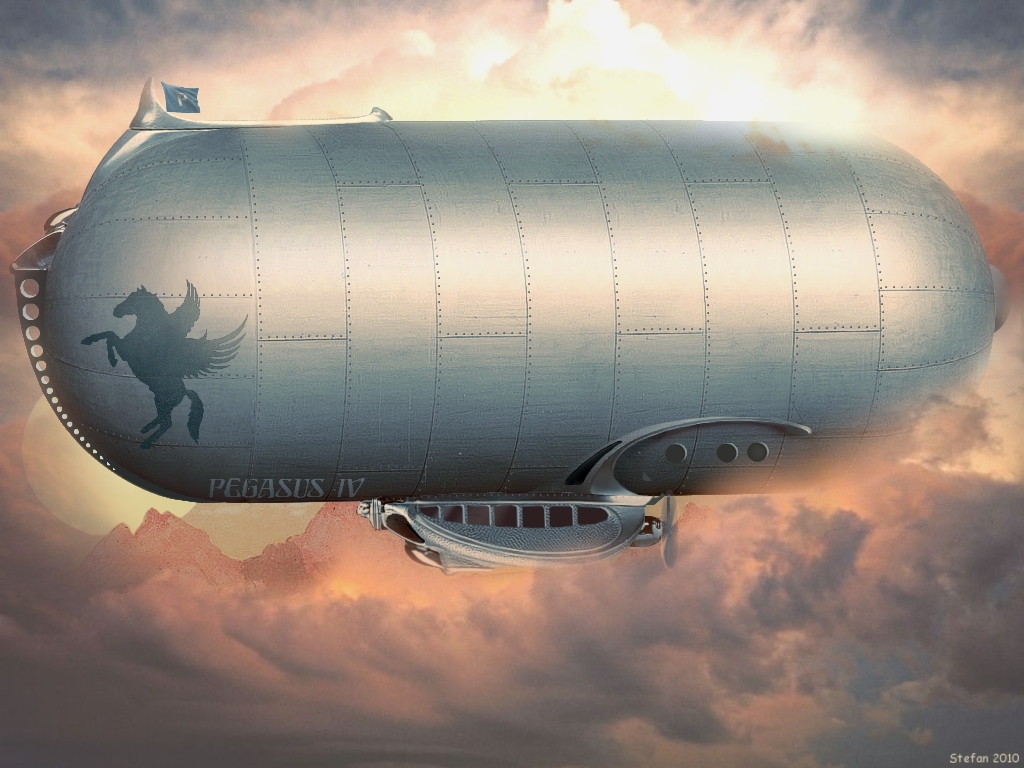 Answering Tome's question about my "very complex pictures", or at least trying to, I'd roughly say that these images are usually made of three different types of elements :

- photographic elements (much less than it may seem, though),

- "traditional" digital graphism, if such a thing exists,

Then, it's all about adjustment, colorization, re-drawing, etc... trying to give a realistic look to the most unrealistic sceneries, in the desired atmosphere ! Here is for a brief overview of the technique.

Now, I can draw and I could probably render more or less the same scenes using traditional medias. However, intellectually speaking, it seems to me that to borrow elements from these original photos from the first half of the twentieth century to "export" them and tweak them into the sophisticated computer technology of today, to finally "send them back into that alternate timeline" - since the pictured sceneries never really were, in spite of their realistic look - is the process matching most completely, in terms of graphic techniques, the Dieselpunk spirit : a way to bridge the gap in between "real history" and utopia, reality and fantasy, just like Tome himself stated it in his definition of Dieselpunk. A quite satisfying back and forth ticket to Uchronia on board of the Time Machine and the idea I try to convey with this "Twisted Forties" term.

I do hope all the above makes some sense and, at any rate, I'm very grateful to Tome for his interest in what I do and to all of you, guys, for such a warm welcome to the Dieselpunk community.

Comment by Tome Wilson on March 30, 2010 at 1:35pm
What tools do you use on the computer? Photoshop is pretty obvious, but what else?