Radiola, the Box that Glowed

Before we could have wireless sets in the home, we first had to have a broadcasting station to listen to. Most radio historians assert that radio broadcasting began in 1920 with the historic broadcast of KDKA, Pittsburgh, Pennsylvania, USA.  Few people actually heard the voices and music which were produced because of the lack of wireless receivers at that time. 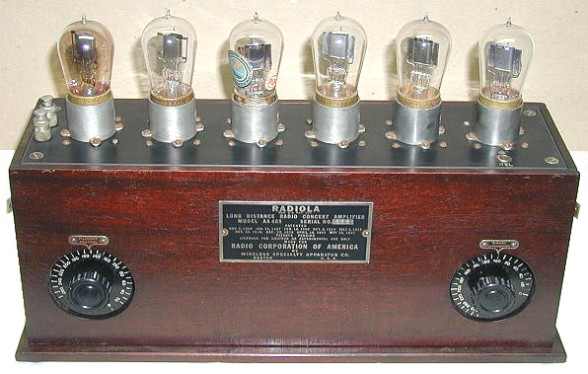 This box full of glowing tubes was called the "Radiola" and in the 10-year period from 1919 to 1929 it pioneered the golden age of radio for RCA, when they became the dominant force that brought radio into the homes and daily lives of millions of ordinary Americans. 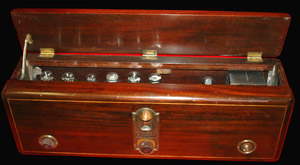 RCA accounted for many “firsts” in radio development during that time, including the first mass-produced superheterodyne receiver and the first electrodynamic cone speaker. 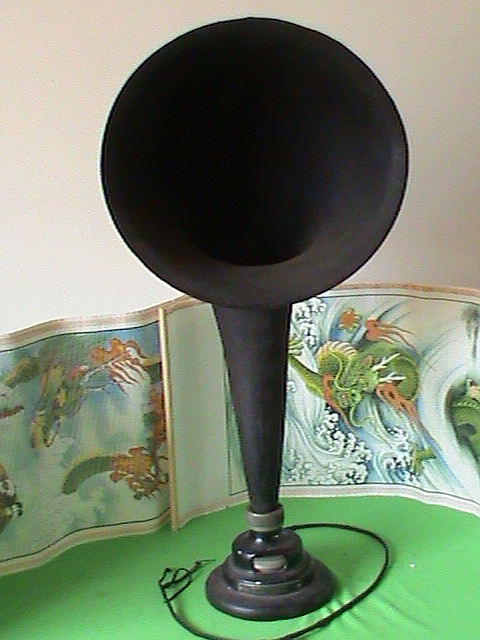 Radio became a product of the mass market.  Manufacturers were overwhelmed by the demand for receivers, as customers stood in line to complete order forms for radios after dealers had sold out.  Between 1923 and 1930, 60 percent of American families purchased radios. As families gathered nightly around their radios for entertainment, the designs became more like furnature and reflected the art and style of the times. 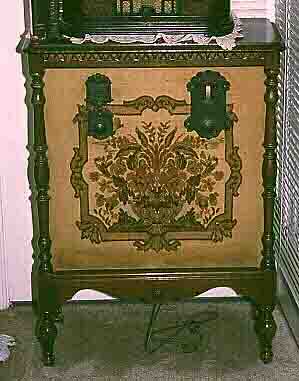 Although radios became a "Must Have" for every family, they were very expensive with some priced in the tens of thousands of 1920 dollars.The Radiola of the early 20s was $290 (equivalent to $3,289 today). As the 1930s approached the price became affordable and more entertainment choices became available. RCA's most attractive of the early "Radiola" series. The style and cabinet design epitomizes the nineteen-twenties look in radio fashion. As you can see from the above images, there are a number of unique features found in this set. One; it is a self contained set (sans the antenna) with a built-in speaker and room for the complete battery complement. Two; the electronic components are all of special design to be of very shallow (to save space), including the tuning condensers and the audio transformers. The original price was $275.00, 2569 were made. Prior to 1920, most Americans couldn't even fathom the idea of voices and music coming into their homes over the air. The industry would grow rapidly from 5,000 in-home radio sets in 1920 to more than 2.5 million in 1924. The "wireless" had become radio. 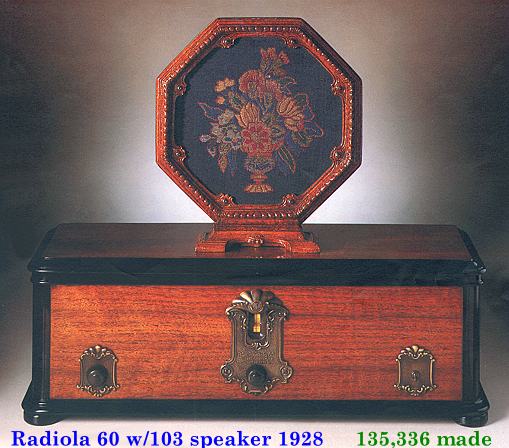 The rapid spread of radio listeners and programs lead to inevitable confusion and disruption.  Radio waves were up for grabs, as stations competed with one another for time and listeners.  Many programs overlapped.  Listeners of one program were frequently interrupted by overlapping programs. 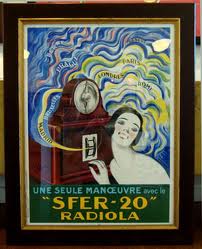 In addition, the public, the government, and emerging radio corporations viewed radio as a means of public service, rarely as a vehicle for personal profit.  Radio manufacturers alone experienced financial gain from the radio boom.  Radio announcers, deejays, and stations worked on a non-profit basis. 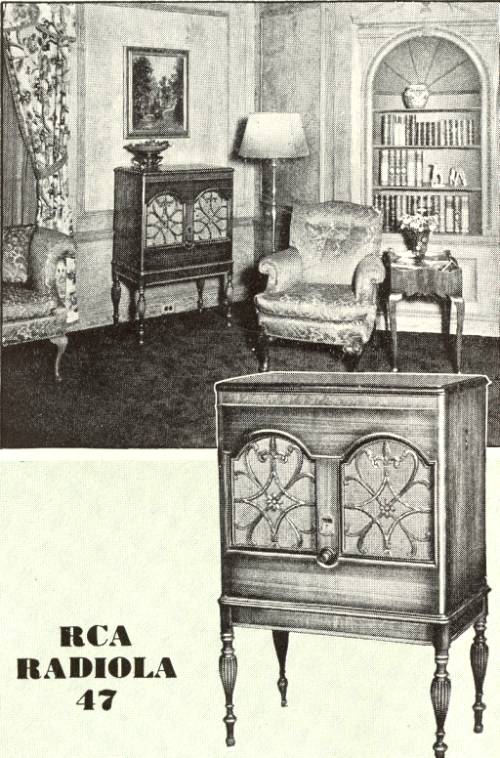 With the popularity of radio, many predicted the end of phonograph records. Radio was a free medium for the public to hear music for which they would normally pay. While some companies saw radio as a new avenue for promotion, others feared it would cut into profits from record sales and live performances. Many companies had their major stars sign agreements that they would not appear on radio. 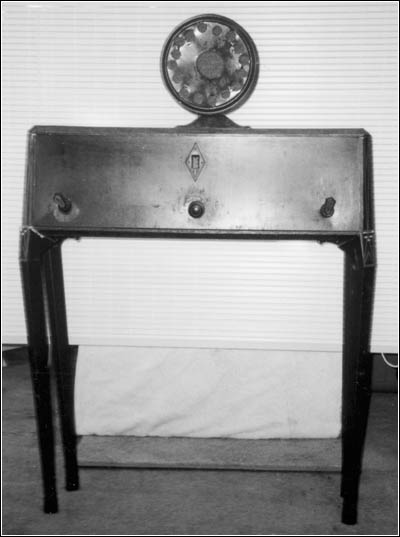 Indeed, the music recording industry had a severe drop in profits after the introduction of the radio. For a while, it appeared as though radio was a definite threat to the record industry. Radio ownership grew from 2 out of 5 homes in 1931 to 4 out of 5 homes in 1938. Meanwhile record sales fell from $75 million in 1929 to $26 million in 1938 (with a low point of $5 million in 1933), though the economics of the situation were also affected by the Great Depression. 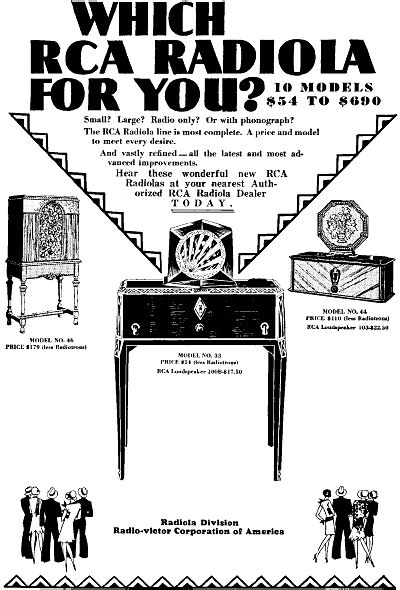 Unlike reading a book which is very personal and uses the power of the imagination, the radio for me was an imaginative and social entertainment experience which held our family together as I was growing up in the 1940s. My first remembrance of a radio broadcast was someone breaking into a musical interlude shouting, "The War is over!, The War is over!' I ran to my mother and told her, The War is over!" She asked me where I heard that and I replied, On the radio." I dragged her into the living room and she heard it for herself. She cried and I cried with her. I had just turned five years old.

In the late 40s my whole family would gather in the living room in front of the RCA console and listen to radio concerts, dance music, and my favorite, Radio Dramas. 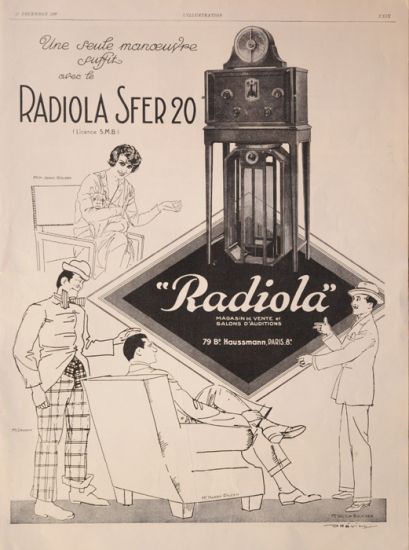 Tomorrow I will turn 72 and I salute RCA and the Radiola for their role in making broadcast radio the communication and entertainment influence it has had on my life for the last 6 decades. I still listen to the Whistler, Suspense, Our Miss Brooks, The Six Shooter, and many more on the Internet. I still marvel at how we can extract voices from thin air. What a wonderful marvel of the Dieselpunk era. 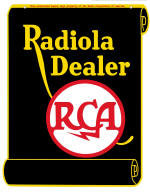 What a great idea!!! Our busy high-tech, connected, app intensive lives are ready for a high tech mixed with really retro movement(HTRRM). I would buy one and marvel at the glow. I have a Sony DASH and most of the time I have a digitized image of a candle flickering on it. It is my bedside alarm. 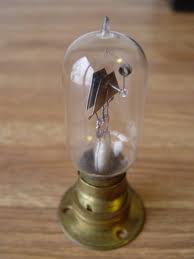 Love It! I'm a radio frequency engineer, and this warmed my heart. I so want to make my own "Radiola" case now, lights and all, for housing a modern stereo receiver. Alas but for the time!

Thank you Panther, I thought I knew a lot about the label, but I didn't know that. I will share with you part of the story of Nipper. In this country we call Nipper the RCA dog in front of the phonograph. Nipper was the pet and good friend of Francis Barraud, who in 1895 painted him apparently listening to "His Master's Voice" in front of an Edison cylinder phonograph. 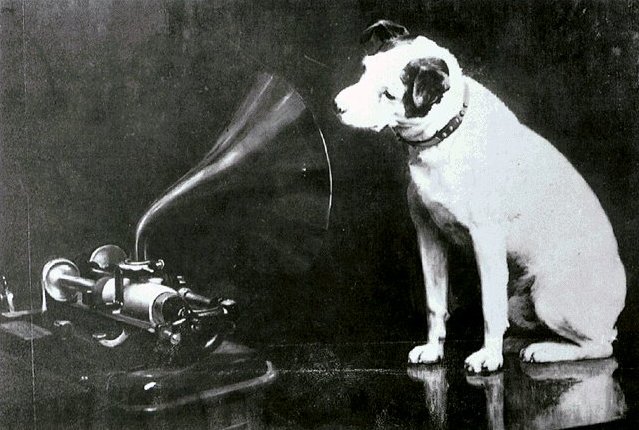 He sent this oil painting to Tom Edison in the United States who sent it back with a terse note that the painting was the grossest insult he had ever had. "To think that my invention was for the benefit of a lowly dog!"

Barraud then painted over the Edison machine and replaced it with a Gramaphone. He sent it to The Gramaphone Company of Great Britain and they purchased it.

RCA wanted to buy it and Gramaphone refused, so they leased it to RCA Victor. RCA still pays a small royalty to EMI(The modern name for The Gramaphone Company.)

Throughout the British influenced world, Nipper is the Gramaphone or EMI  dog! 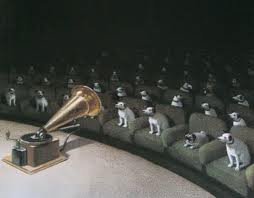 I've always been amused by what happened right after RCA bought the Victor Talking Machine Company in 1928. Apparently, they couldn't decide on a name for the new company for a while, so they kept changing it. For a little while in the late 20's, Victor record labels bore the unwieldy manufacturer's name of "Victor Talking Machine Division, Radio-Victor Corporation of America." Eventually, they settled on the sensibly concise "RCA Victor."