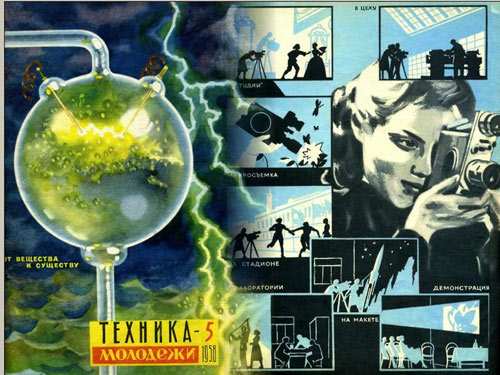 The Soviet era (1918-1991) was a time of huge upheaval, but was also a period that produced some of the most radical and memorable printed imagery of the 20th Century. 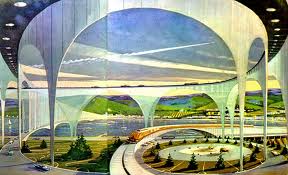 The initial years after the Russian Revolution of 1917 offered artists and designers freedom to experiment; the development of Constructivist avant-garde aesthetics in the 1920s had a profound effect on magazine graphics 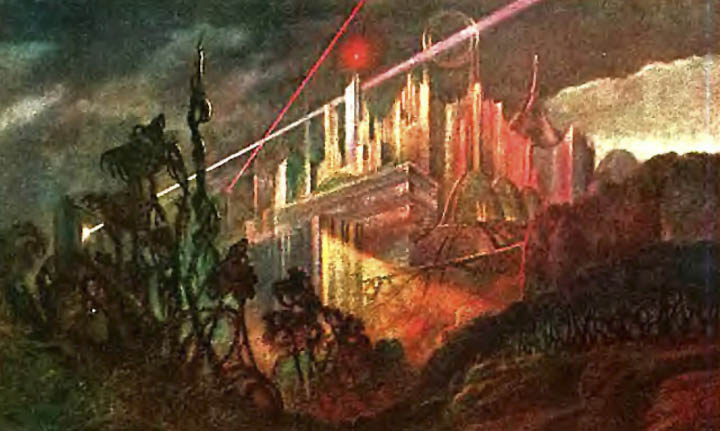 Tehnika Molodezhi is a magazine first published in 1933, which continues to be printed to the present day. The journal covers popular science and technology topics and also features science fiction stories. 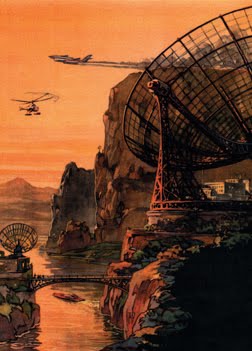 The covers of the magazine during the Soviet era are sublime fusions of art and science. The Soviet era covers of Tekhnika Molodezhi combined technological advancement with spectacular visuals; during the 1960s the graphics often had an almost psychedelic flavour. Tehnika Molodezhi translates to "Technology for Youth. Compare these covers with what you remember of the covers of this period for "Boy's Life"

You are correct. In the 50's the Russians were obsessed over Disneyland. When Khrushchev visited Southern California in 1959 he was denied access to the Magic Kingdom it was because we were afraid the Soviets would steel the plans for the monorail and claim they had invented it.

They got it anyway. How can this be the future?

The future has to have a monorail!

The whirling propeller of death mobile is a good start however.

I love the Russian lady with the Hell and Bowell camera(Sorry, Bell & Howelsky) 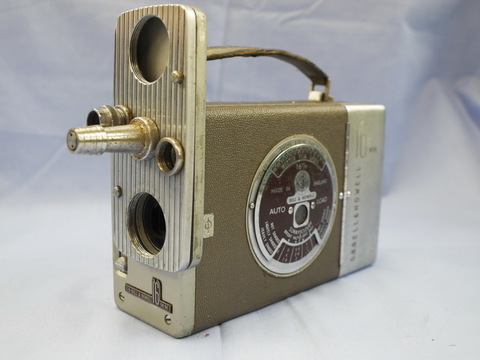 Stunning. I love the mad scientist look of the first picture.

A little hard on the sled behind you.

The US had several Sci Fi Illustrators in the Pre-Sputnic era. The preeminent one being Willy Ley 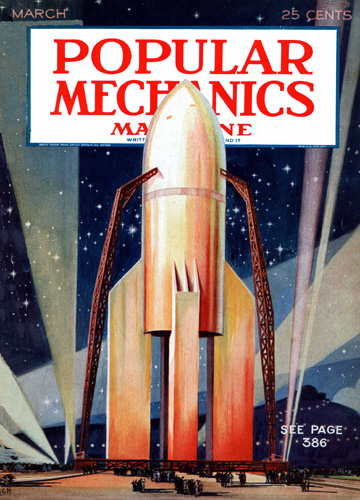 That air-ski in image 2 looks like fun! or suicide. Or both!