The race was organised by the Royal Aero Club, and would run from RAF Mildenhall in East Anglia to Flemington Racecourse, Melbourne, approximately 11,300 miles (18,200 km). There were 5 compulsory stops at Baghdad, Allahabad, Singapore, Darwin and Charleville, Queensland; otherwise the competitors could choose their own routes. A further 22 optional stops were provided with stocks of fuel and oil by Shell and Stanavo. The Royal Aero Club put some effort into persuading the countries along the route to improve the facilities at the stopping points.

The basic rules were: no limit to the size of aircraft or power, no limit to crew size, no pilot to join aircraft after it left England. Aircraft must carry three days' rations per crew member, floats, smoke signals and efficient instruments. There were prizes for the outright fastest aircraft, and for the best performance on a handicap formula by any aircraft finishing within 16 days.

Today, the Saturday Air Mail presents: some participants of the race. People first, aircraft in (and for) the background only. 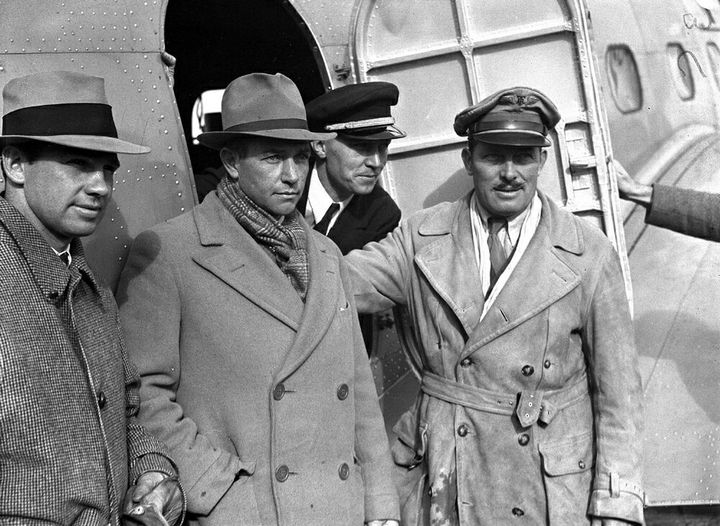 Standing beside the Boeing 247D is Roscoe Tanner and Clyde Pangborn (centre). Boeing had modified the model 247 in an attempt to compete against the Douglas series of passenger airliners before its participation in the 1934 MacRoberts Air Race 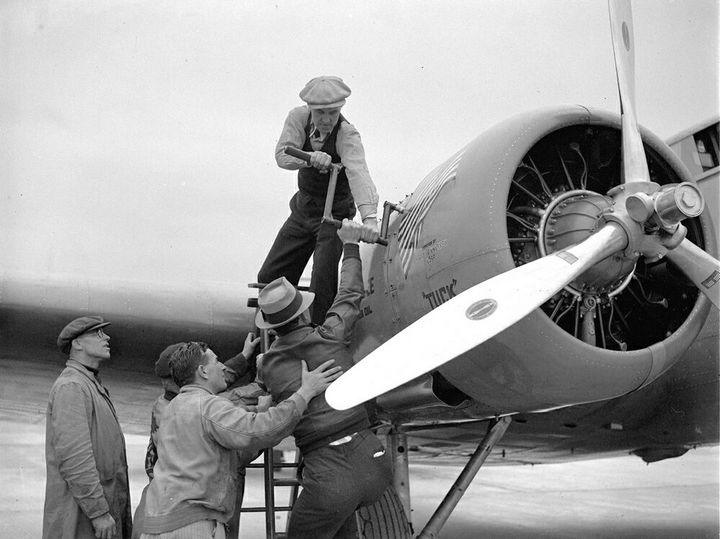 Hand cranking one of the two Pratt & Whitney 'Wasp' engines on the Boeing 247D, NR257Y, named 'Warner Bros. Comet' and flown by Colonel Roscoe Turner and Clyde Pangborne, in the 1934 MacRobertson Air Race 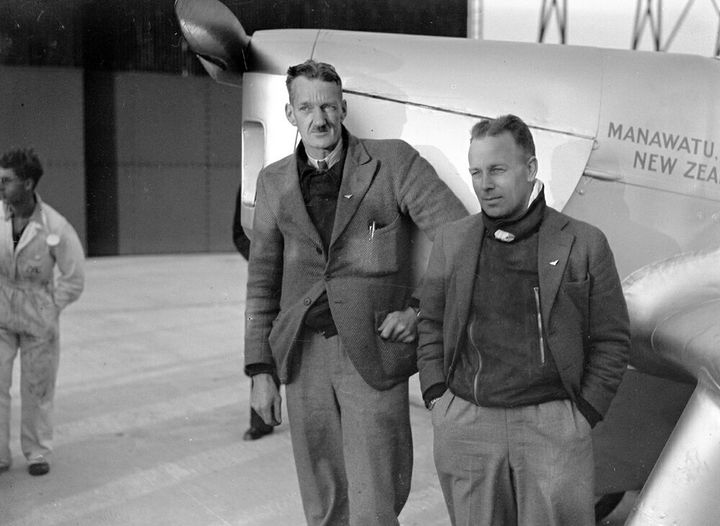 Standing at the nose of the Manawatu Aero Club's entry in the 1934 MacRobertson Air Race, a Miles M.2F Hawk Major, ZK-ADJ, are the crew, Squadron Leader Malcolm MacGregor, a World War I ace (left), and Henry C. Walker (right) 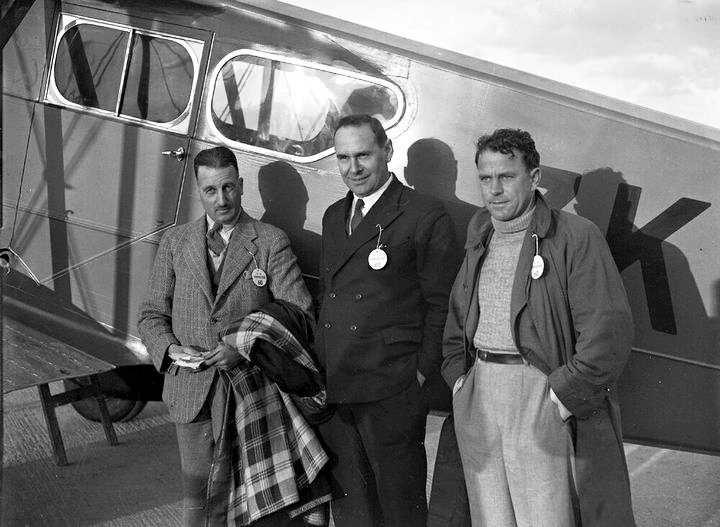 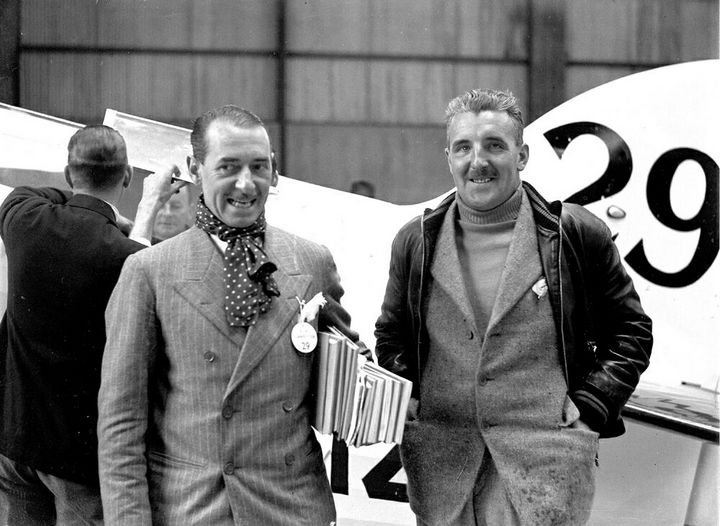 Colonel James Fitzmaurice (right) standing infront of his Bellanca 28-70 'The Irish Swoop' with his fellow crewmember, Bonar. His smile suggests this photograph was taken before he was forced to withdraw from the 1934 MacRobertson Air Race 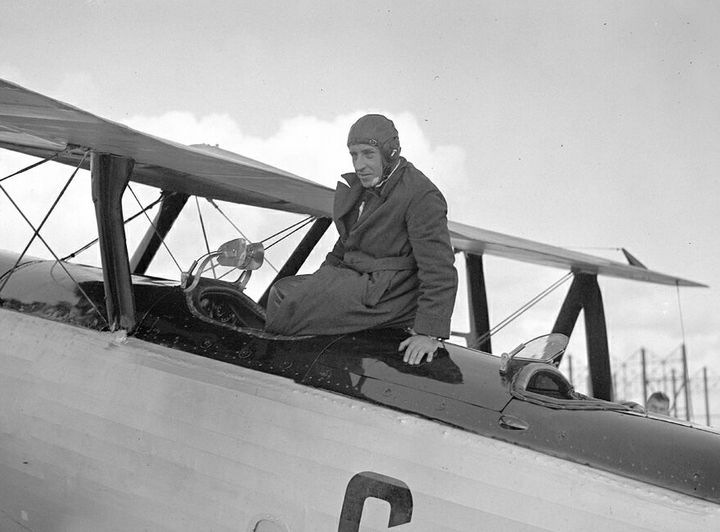 Ray Parer teamed up with Geoff Hemsworth to fly their Fairey Fox I, G-ACXO, in the 1934 MacRobertson Air Race. Although they withdrew from the race in Paris, they were eventually succesful in reaching Melbourne on 13th February 1935. Parer had pioneered avition in New Guinea, one of the most hostile environments to operate aircraft. Jim and Amy Mollison (née Johnson) in their de Havilland DH.88 Comet 'Black Magic'. From Karachi, Mollison lost his way, and landed at Jubulpur. No high-octane fuel available, filled up with petrol. Engines "burned out" on flight to Allahabad 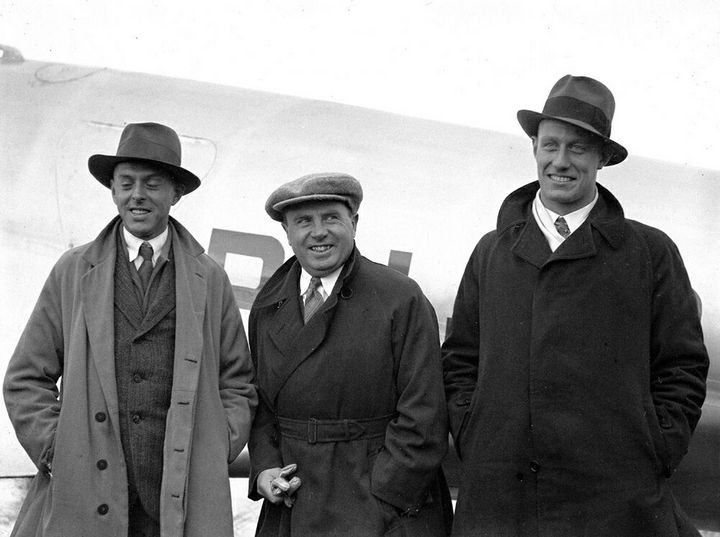 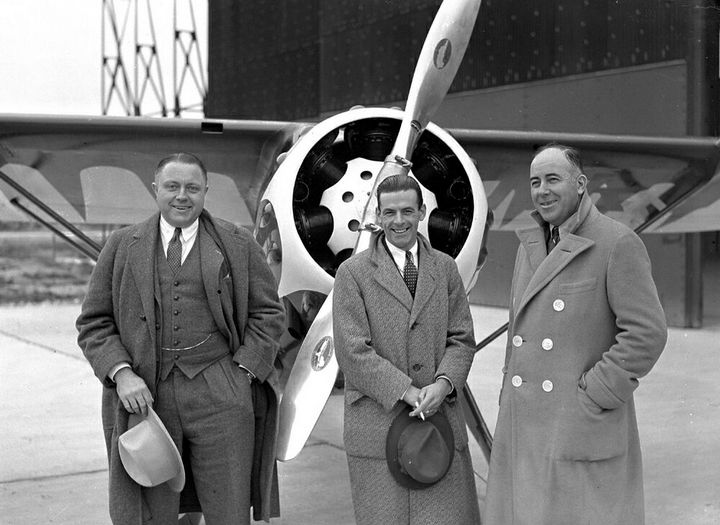 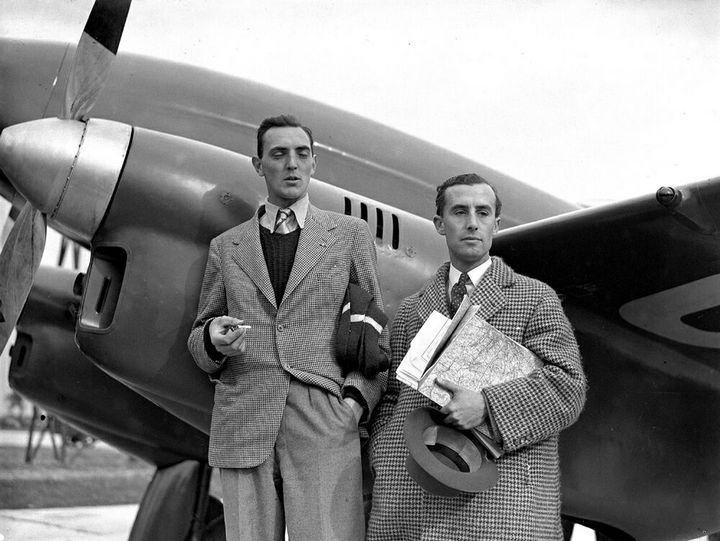 Owen Cathcart Jones & Ken Waller. After arriving in Melbourne, they had a quick turn round and flew photos and film footage of the Australian stages and finish of the MacRobertson Air Race back to Britain, setting a new 'there and back again' record of 13 days 6 hours and 43 minutes 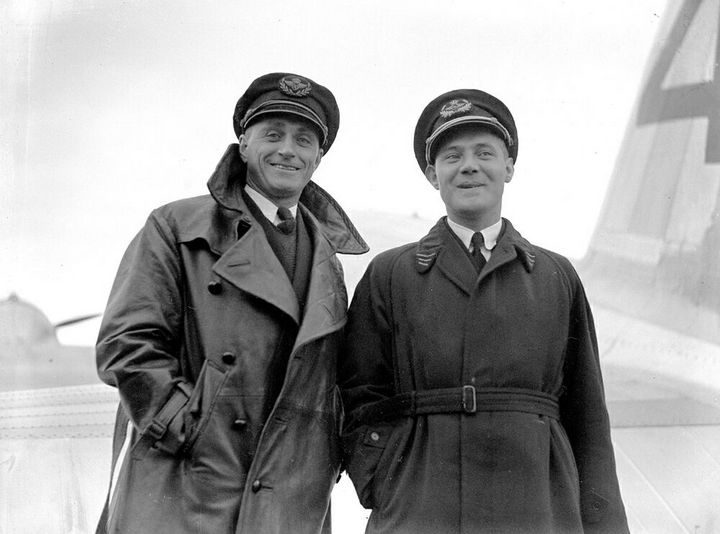 Airspeed AS.8 Viceroy, G-ACMU was crewed by Captain T. Neville Stack & S.L. Turner in the 1934 MacRobertson Air Race. They were the last to take off and carried with them cinema footage of the start for showing in Melbourne as part of that cities centennial celebrations. Unfortunately, they withdrew at Athens but still continued at a slower pace Tom Campbell Black (seated rear) showing visitors around "Grosvenor House", prior to the MacRobertson Air Race, 1934. In 1931, whilst in the Sudan, Campbell Black flew a rescue flight in search of two German pilots overdue at their destination. Finding their wrecked plane, he landed to discover one was German World War I ace Ernst Udet, Knight of the Iron Cross and holder of the 'Blue Max'. Eventual winners of the 1934 MacRobertson Air Race, Charles Scott (left) and Tom Campbell Black, pose for the cameras in their de Havilland DH.88 Comet, G-ACSS. They reached Melbourne in an elapsed time of 71 hours.

Images brought to us by the Flight Archive