It's Saturday, and your Air Mail is here again, delivered by a state-of-art flying Leviathan. The following article was published on Boeing official website:

The Boeing Model 307 Stratoliner was the world's first high-altitude commercial transport and the first four-engine airliner in scheduled domestic service. With names like Rainbow, Comet, Flying Cloud and Apache, the Stratoliner set new standards for speed and comfort. 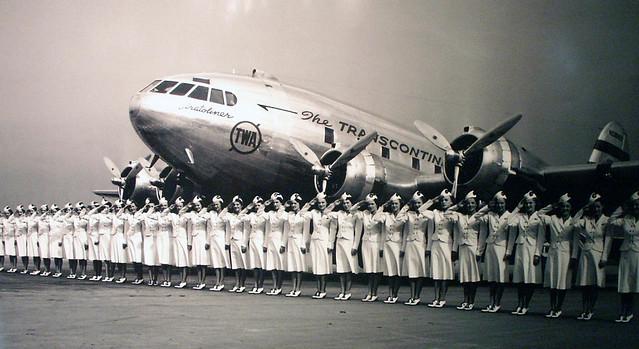 Its pressurized cabin allowed the airplane to soar above rough weather at an altitude of 20,000 feet -- higher than any other transport of its time. Its circular fuselage provided maximum space for the five crew members and 33 passengers. The nearly 12-foot-wide cabin had space for comfortable berths for overnight travelers. The Stratoliners attracted the attention of multimillionnaire Howard Hughes, who bought one for himself and transformed it into a "flying penthouse" with a master bedroom, two bathrooms, a galley, a bar and a large living room. Hughes sold it to a Texas oil millionnaire, and it ended its days as a palatial, Florida-based houseboat. 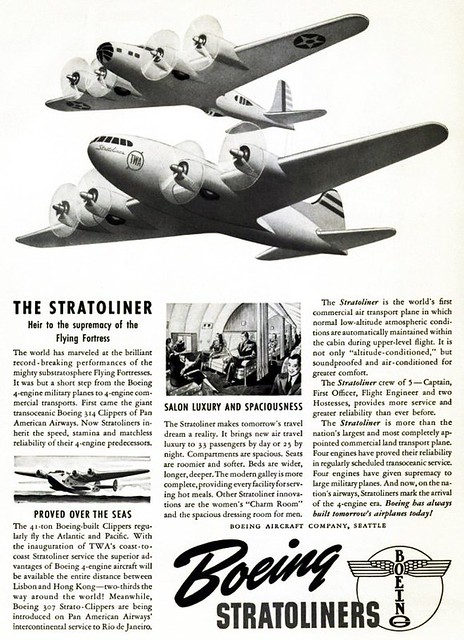 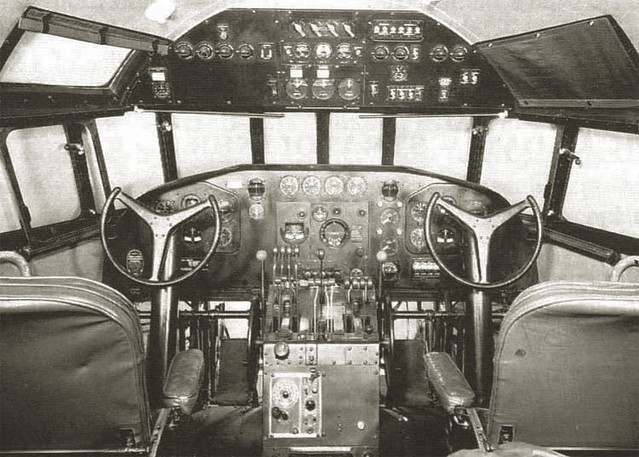 The Stratoliner was the first airplane to have a flight engineer as a member of the crew. The engineer was responsible for maintaining power settings, pressurization and other subsystems, leaving the pilot free to concentrate on other aspects of flying the aircraft.

Boeing built 10 Stratoliners. In 1940, the 307s started flying routes to Latin America and from New York to Los Angeles, Calif. Production stopped at the onset of war, and five were drafted into the Army Transport Command as C-75 military transports. 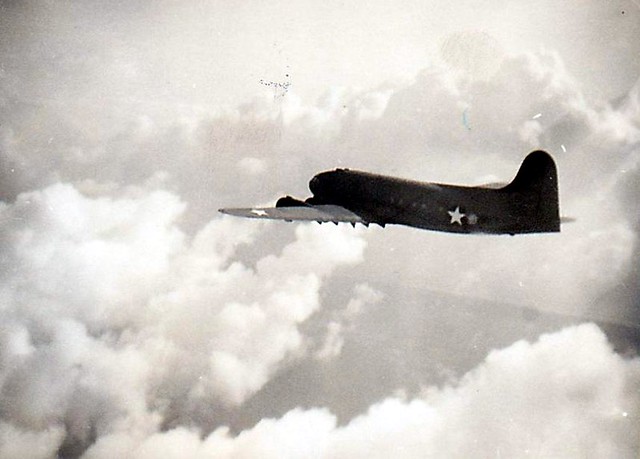 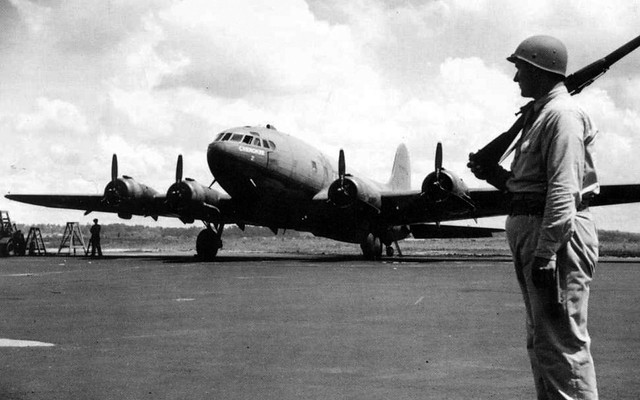 The last remaining Stratoliner, the Flying Cloud, was purchased by the Smithsonian's National Air and Space Museum in 1969. After being stored in the Arizona desert for 20 years, it was restored at Boeing in Seattle, Wash., and in August 2003, it flew to its new home on permanent display at the museum's new companion facility, the Steven F. Udvar-Hazy Center near Washington, D.C.'s Dulles International Airport. 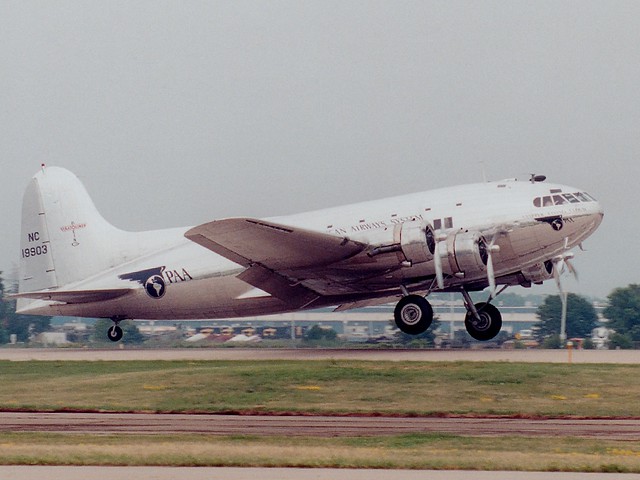 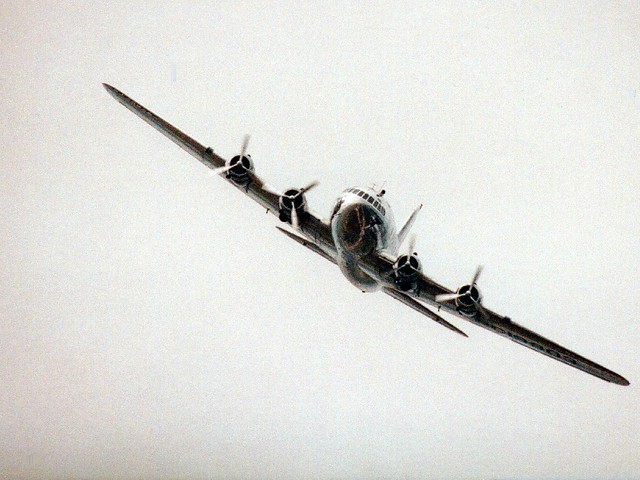 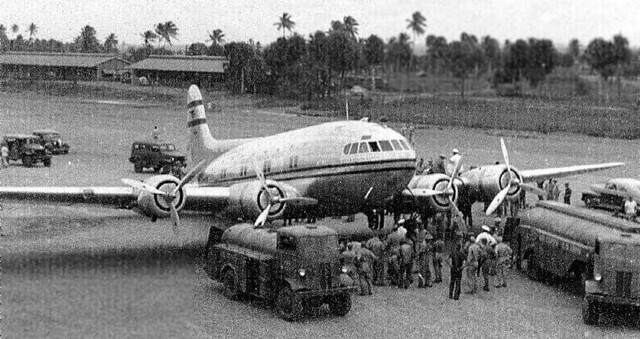 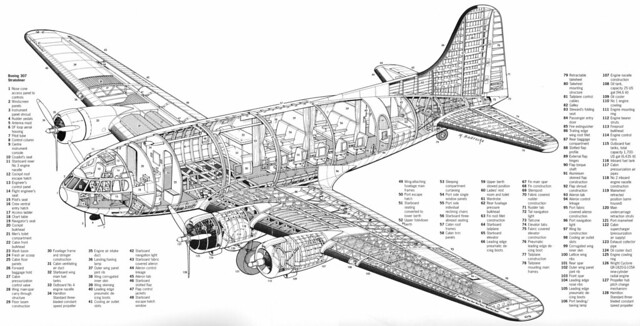 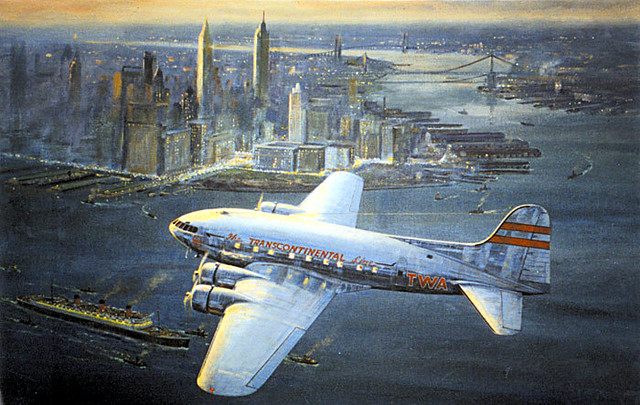 And a color video:

Special thanks to San Diego Air and Space Museum

Now THAT'S a houseboat! But I think that they forgot the diving platform and sundeck! LOL

It's hard to call the Stratoliner "beautiful" because of its stubby, sausage-like design. But as the cutaway shows, there was a good deal of room in there for the passengers. Not like today's cramped little tin cans with their too-small seats even in business class!

And for all you Parrotheads out there, that houseboat inspired and was later renamed in honor of "Desdemona's Cosmic Muffin" from Where is Joe Merchant?

It's one helluva houseboat! A pity H.Hughe's "flying penthouse" wound up as a Florida houseboat. (???) You would think they would want to put her up in the Smithsonian's National Air and Space Museum. (LOL)

Gotta agree with Pablo, air travel sure ain't what it use to be! These girls had true comfort, style and grace. Even those polished and streamlined boarding ramps scream ~ CLASS!

Thanks to show this photos. those times when passengers were treated as people and not as hostages of the airports. It is a wonderful article.