Sorry, Amelia. Beg your pardon, Elly. For me, Amy always was Number One. I'm sure her name rings a bell to everyone here - probably you don't know much about Amy Johnson, the first woman to make a solo flight from England to Australia, but it's impossible to enter the community and leave the Icons Album unnoticed. Lord_k, who knows my affection for Amy, requested to explain my feelings. And here I am with a short explanation, just a few points, along with some pictures and trivia. 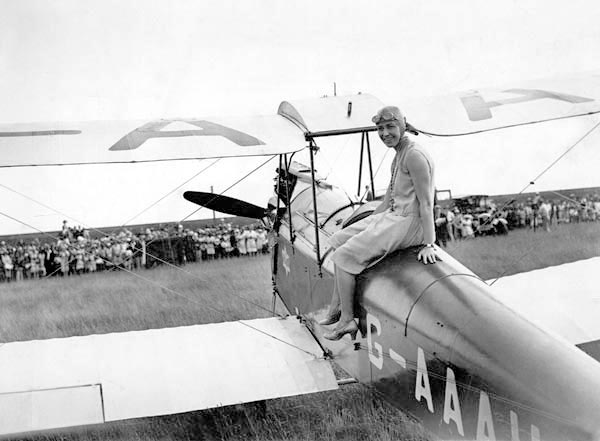 Her fantastic self-confidence. In 1929, Amy Johnson wasn't an experienced aviatrix. She had her license and 50 hours of solo flights but is it enough to become a test pilot of a "revolutionary new aircraft" designed by James Martin (today known as Sir James Martin, the inventor of ejection seat)? Is it enough to prepare for a solo flight to Australia in a little Gipsy Moth biplane? This girl had guts. 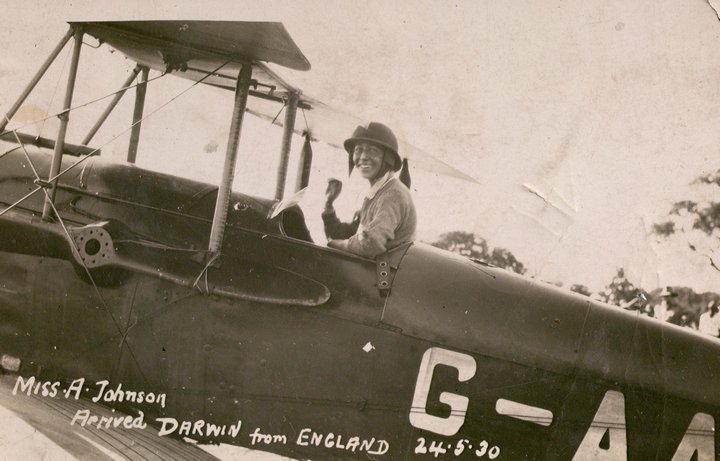 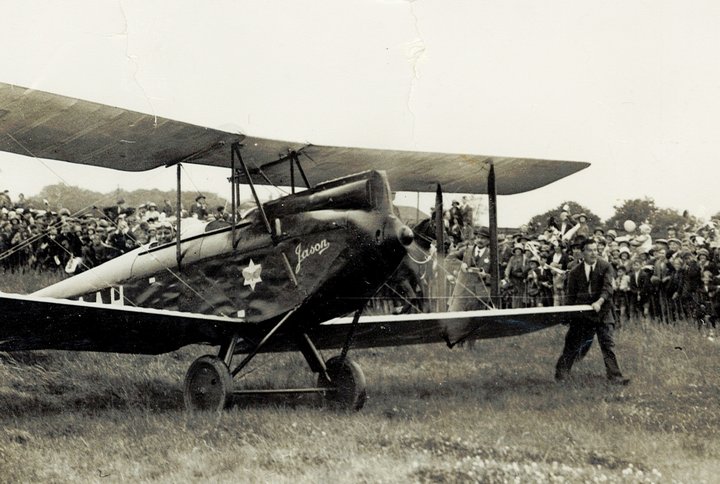 Her restless energy. Upon her return from Australia, Amy was rich and famous. She could rest on her laurels, give lectures, write articles for aviation magazines (or for periodicals in the Ladies Home Journal genre) with occasional flight here and there. Instead, she made another unforgettable long-distance flight, London - Moscow - Tokyo, in 1931. French aviators who flew a more advanced Dewoitine aircraft, were far less lucky than her. And in 1934, Amy Johnson and her husband took part in the England to Australia MacRobertson Air Race, flying one of the most beautiful airplanes ever created, a D.H.88 Comet. I wish they won but they didn't. Her marriage to Jim Mollison. To marry another aviator, for good and for bad? To fly together? OK, the marriages are made in heaven. But to beat her husband's solo records, like London to Cape Town? Isn't it a family disaster? Sure it wasn't, because this woman was very special. 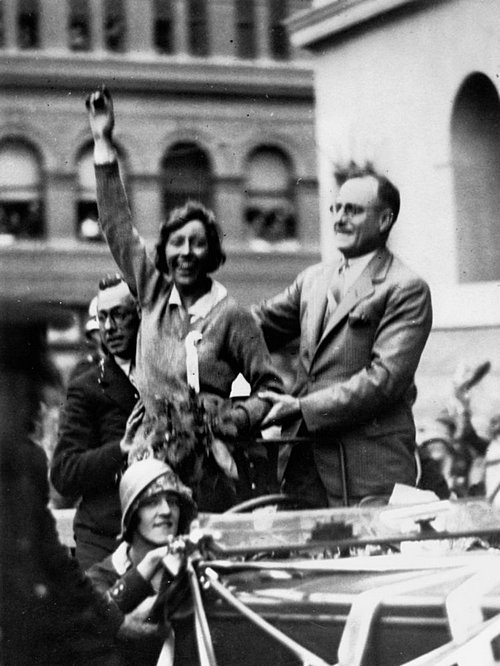 Her mysterious death. It has something in common with other lethal mysteries - of Amelia Earhart and Antoine de Saint-Exupéry. You never can tell if she was on a secret mission or not. You can believe the RAF pilot who claimed he shot her Airspeed Oxford after she failed to give an identification. You can build your own theory. You can write fiction about her - and probably one day I will.

Now some trivia. Rub 2ozs butter into 1 large cup S.R flour, sifted with a pinch of salt, mix to firm dough with a little milk. Roll out 1/4″ thick and line a greased cake tin. Spread with raspberry jam and sprinkle with 1/2 cup currents. Then make a sponge mixture: beat 2 eggs and 3/4 cup of sugar until light and fluffy. Fold in 1 cup sifted S.R flour and finally 2 tablespoons butter melted in 3 tablespoons of milk. Pour on top of pastry. Bake about 40 minutes in moderate oven. When cold, ice with thin lemon icing and sprinkle with coconut. 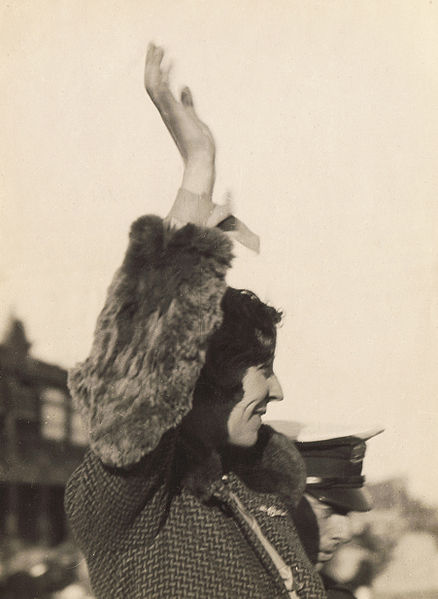 And there is a song about her:

Comment by Dieter Marquardt on July 11, 2011 at 8:17am
Thank you for this wonderful article!

Comment by Larry on June 25, 2011 at 5:39pm
Fascinating artcile, Eva. Not only interesting but creatively written.