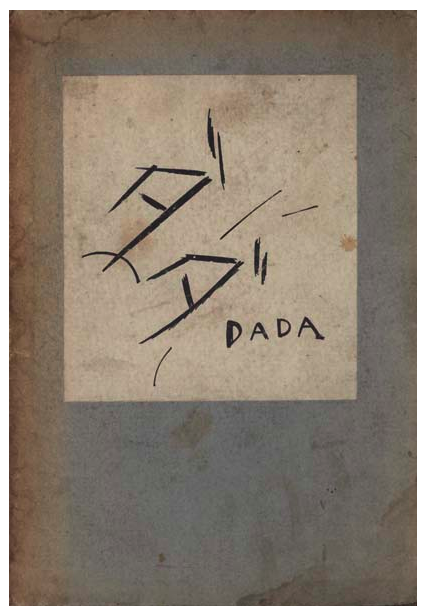 Yesterday was the 89th anniversary of the Great Kanto Earthquake, the seismic event that destroyed Tokyo at the end of the Taisho Period. At the beginning of the Emperor Taisho's reign, however, 12 years before, the nation was rocked by shock waves of a different kind - the radical cultural ideas and avant-garde art movements that were sweeping through Europe. Just after World War I and the Sino-Japanese War, Japan was trying to loosen up and extend its cultural range, and it was starting to flirt with Fauvism, Futurism and Dada. The biggest impact was possibly a visit by the "father of Russian Futurism", David Burliuk. He was originally scheduled to just stay for a few weeks in 1920 but the reception was so positive he stayed for two years. His biggest exhibition was "The First Russian Painting Show in Japan" in 1921 which had 473 works, including paintings, and "simple arrangements of cut-out paper shapes - triangles, cylinders, cones, etc."

This led to a wave of Japanese Dadaist "art happenings." In 1925, Shuichiro Kinoshita presented a theatrical evening of performance art, costumed in frock coat, cravat, silk top hat and garish face make-up. He performed a Constructivist poem entitled  "The Common Poetic Chorus of All Mankind" which art critics at the show described as "meaningless shouting".

Writer/artist Shinkichi Takahashi seemed to sum up the spirit of the age with his poem "Kentai (Ennui)", published in April 1921. The poem starts with the word 'sara' (dish) repeated 22 times, before going into a stream-of-consciousness day dream, and finishing with the lines

When the Dish is broken

The Sound of Boredom is heard.

I don't know about breaking the dish, but he certainly broke the mold.

NEXT: Tomoyoshi Murayama and "The Dance with No Name."

Thanks for the kind words! Tome - yeah, many photos and even original artwork from Japan in that period has been lost. Earthquakes, fires, wars ... not to mention organizational incompetence.

More!  There is no Sound of Boredom from this end.

Dadaism in Japan sounds like an epic clash of ideals.  It's a shame there are not that many photos from the period.