The history of armor development has been plagued by the simultaneous development of armor-piercing projectiles. When I was eleven years old my family visited the American Museum of Natural History(the Met) in New York City. The most impressive exhibit was a 1700 pound pull crossbow that had a winch to draw the cable back and had to be fired from the prone position. It was from the year 1200 and was the predecessor of the ballista. Its bolt would skewer four armored horses lengthwise. 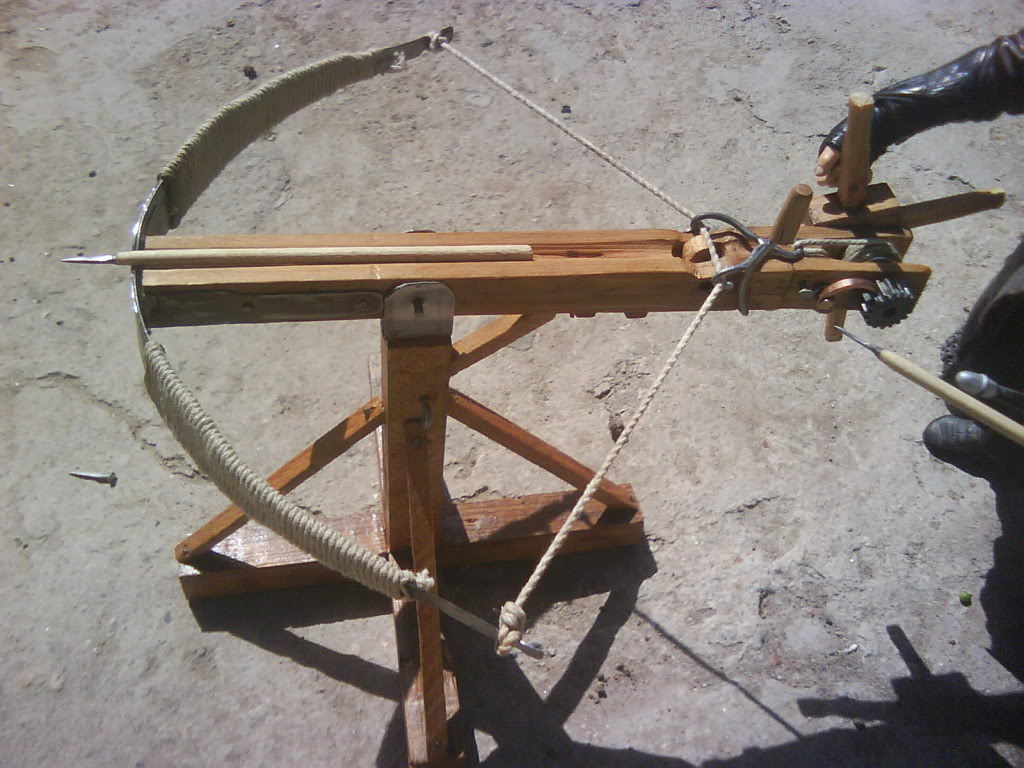 Prior to WWII, serious development went into anti-tank weapons and the use of armor piercing shells. The US bazooka and it's German copy, the Panzerschreck, were put into use in 1942 and were found to be successful against armored fighting vehicles in firepower kills(F-kills disabling the turret or the gun), mobility kills(M-kills usually de-tracking), personnel kills(P-kills), and total destruction(K-kills). 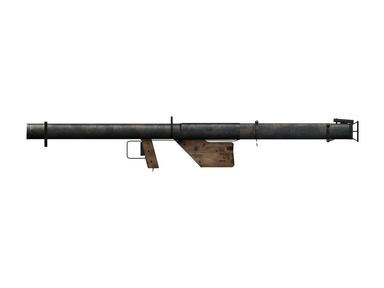 The only problem with these man-portable weapons was that they were tubes firing rockets. They made an incredible deafening noise, and personnel standing immediately behind them would be beheaded. Firing these tubes indoors was impossible. 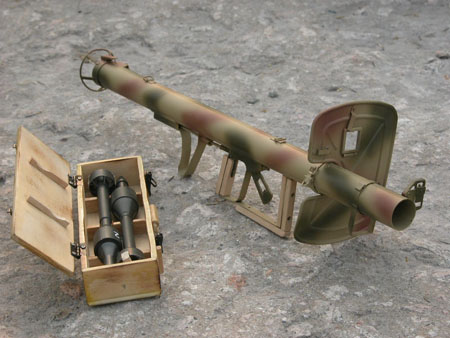 At the start of World War II, all major armies were investing in research into producing an infantry weapon capable of defeating modern armor. The US and Germans concentrated on rockets to propel their weapons, in 1941 when the PIAT was being developed, these systems were nowhere near ready for use.

The British instead turned to a prewar weapon known as the Blacker Bombard, a small man-portable mortar using a large spring for propulsion.  This developed into the PIAT which was the first weapon in history to hurl a HEAT(High Explosive Anti-Tank) projectile.

The PIAT was 39 inches (0.99 m) long and weighed 32 pounds (15 kg), with an effective direct fire range of approximately 115 yards (110 m) and a maximum indirect fire range of 350 yards (320 m). It was carried and used by a two-man team. The PIAT launcher was a tube constructed out of thin sheets of steel, and contained the trigger mechanism and firing spring. At the front of the launcher was a small trough in which the bomb was placed, and the spigot ran down the middle of the launcher and into the trough. Padding for the user's shoulder was fitted to the other end of the launcher, and rudimentary aperture sights were fitted on top for aiming. 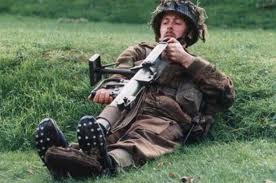 The weapon was first cocked by means of the butt plate at the base. The gunner stood on the plate and pulled the tube up. This retracted the spigot rod while also compressing a massive internal spring. This was a difficult and strenuous thing to do, but only had to be done once. A large cork was inserted in the hole that the spigot retracted into.
When ready to fire, the cork was pulled from the spigot hole, the bomb was fuzed and then placed in the "muzzle" tray.
Pulling the trigger released the rod which slammed into the tail boom, detonating  the propelling charge as well as providing an additional kick assist.

The bombs launched by the PIAT possessed hollowed-out tails, into which a small propellant cartridge was inserted, and hollow shaped-charge warheads. To fire the weapon the trigger mechanism, which was essentially just a large spring, had to be cocked, and to do this was an extremely difficult process. The user had to first place the PIAT on its butt, then place two feet on the shoulder padding and turn the weapon to unlock the body and simultaneously lock the firing pin to the butt; the user would then have to bend over and pull the body of the weapon upwards, thereby pulling the spring back until it attached to the trigger and cocking the weapon. Once this was achieved, the body was then lowered and turned to reattach it to the rest of the weapon, and the PIAT could then be fired. Users of a small stature often found this difficult to achieve, as they did not have the sufficient height required to pull the body up far enough to cock the weapon; it was also difficult to do when lying in a prone position as was often the case when using the weapon in action. 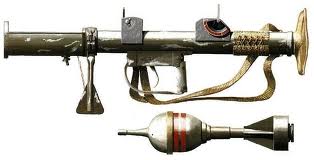 When the trigger was pulled, the spring pushed the firing pin forwards into the bomb, which ignited the propellant in the bomb and launched it out of the trough and into the air. The recoil caused by the detonation of the propellant then blew the firing pin backwards onto the spring; this automatically cocked the weapon so it could be fired again. 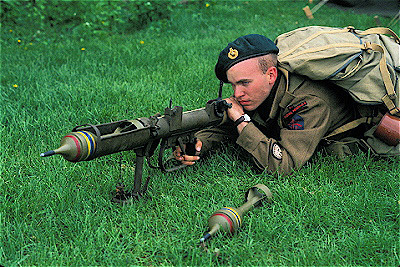 Despite the difficulties in cocking and firing the weapon, it did have several advantages; its barrel did not have to be replaced or require high-grade materials that were expensive to produce, there was little muzzle blast that could give the users position away, and the size of the barrel meant it could accommodate relatively large caliber munitions. The three pound HEAT warhead was able to penetrate about 100mm of armor at 100m, the weapon's maximum effective range. This was too little to defeat the frontal armor of the newer German designs, but remained effective against side and rear armor. Private Ernest Alvia "Smokey" Smith of the Seaforth Highlanders of Canada earned the Victoria Cross after crawling to within 10 meters of a Panther to destroy it. The weapon was also used in a "house breaking" role out to about 350m.

Upon firing, the spigot was blown back and automatically re-cocked. This also helped absorb some of ferocious recoil.
It was absolutely violent to shoot,  heavy, bulky, and hard to operate but was an effective tank killer that could be fired indoors and in enclosed spaces with no threat to adjacent personnel.It was useful in close-combat and for hiding in houses.

An analysis by British staff officers of the initial period of the Normandy campaign found that 7% of all German tanks destroyed by British forces were knocked out by PIATs, compared to 6% by rockets fired by aircraft.

Six Victoria Crosses were awarded to members of the British and Commonwealth armed forces in WWII for actions using the PIAT. 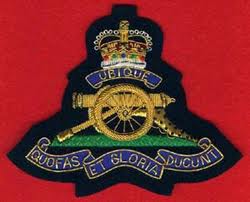