The many lives of Ignatius Trebitsch-Lincoln 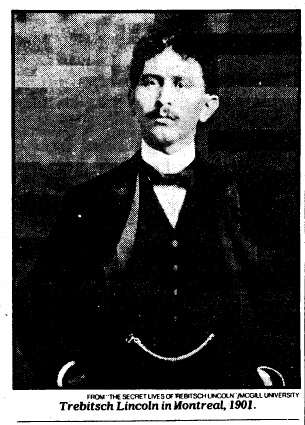 Hungarian Jewish adventurer Ignatius Trebitsch-Lincoln (4 April 1879 - 4 October 1943) lived many lives. He had the ability to talk himself into virtually any situation, and into any company. No surprise that some call him the greatest impostor of the twentieth century. His ‘career’  included to be Protestant missionary, Anglican priest, British member of Parliament, German right-wing politician and spy, and finally Buddhist abbot in China.

Trebitsch-Lincoln was born in the small Hungarian town of Paks into a Jewish family. His family moved to Budapest where he spent most of his youth. After leaving school he enrolled in the Royal Hungarian Academy of Dramatic Art but was frequently in trouble with the police over acts of petty theft. In 1897 he fled abroad, ending up in London where he took up with some Christian missionaries and converted from Judaism. He was baptised on Christmas day 1899, and set off to study at a Lutheran seminary in Breklum in Schleswig-Holstein, destined for the ministry. Restless, he was sent to Canada to carry out missionary work among the Jews of Montreal. He returned to England in 1903 after a quarrel over the size of his stipend. He became Tribich Lincoln (or I. T. T. Lincoln) by deed poll in October 1904 and secured British naturalization, in May 1909.

He made the acquaintance of the Archbishop of Canterbury, who appointed him as a curate in Appledore, Kent, his last ecclesiastical post. Soon after he met Seebohm Rowntree, the chocolate millionaire and prominent member of the British Liberal Party who offered him the position of his private secretary. With Rowntree's support, he was nominated in 1909 as the prospective Liberal candidate for the Parliamentary constituency of Darlington in County Durham, even though he was still a Hungarian citizen at the time and speaking with a terrible accent. Unbelievably he beat the sitting Unionist whose family had held the seat for decades in the election of January 1910. However, despite this dramatic entrance to political life, MPs were not at the time paid and Lincoln's financial troubles grew worse. He was unable to stand when a second general election was called in November 1910. Darlington returned to its old allegiance.

In the years leading up to the outbreak of the First World War he was involved in a variety of failed commercial endeavours, living for a time in Bucharest, hoping to make money in the oil industry. Back in London with no money, he offered his services to the British government as a spy. When he was rejected he went to The Netherlands and made contact with the Germans, who employed him as a double-agent.

Returning to England, he narrowly escaped arrest, leaving for the United States in 1915, where he made contact with the German military attaché, Franz von Papen. Papen was instructed by Berlin to have nothing to do with him, whereupon Trebitsch sold his "story" to the New York World Magazine, which published under the banner headline Revelation of I. T. T. Lincoln, Former Member of Parliament Who Became a Spy. The British government, anxious to avoid any embarrassment, employed the Pinkerton agency to track down the renegade. He was returned to England – not on a charge of espionage, which was not covered by the Anglo-American extradition treaty, but of fraud, far more apt in the circumstances. He served three years in Parkhurst Prison on the Isle of Wight, and was released and deported in 1919.

A penniless refugee, Trebitsch-Lincoln worked his way bit by bit into the extreme right-wing and militarist fringe in Weimar Germany, making the acquaintance of Wolfgang Kapp and Erich Ludendorff among others. In 1920, following the Kapp Putsch, he was appointed press censor to the new government. In this capacity he met Adolf Hitler, who flew in from Munich the day before the Putsch collapsed.

With the fall of Kapp, Trebitsch fled south from Munich to Vienna to Budapest, intriguing all along the way, linking up with whole variety of fringe political factions, such as a loose alliance of monarchists and reactionaries from all over Europe known as the White International. Entrusted with the organisation's archives, he promptly sold the information to the secret services of various governments. Tried and acquitted on a charge of high treason in Austria, he was deported yet again, ending up in China, where he took up employment under three different warlords including Wu Peifu. 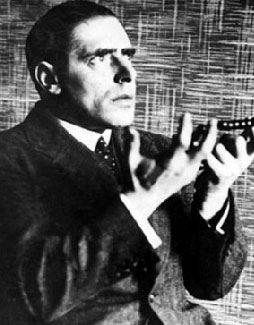 Supposedly after a mystic experience in the late 1920s, Trebitsch converted to Buddhism, becoming a monk. In 1931 he rose to the rank of abbot, establishing his own monastery in Shanghai. All initiates were required to hand over their possessions to Abbot Chao Kung as he now called himself. 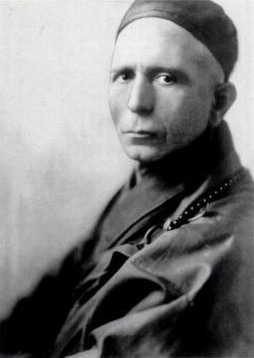 In 1937 he transferred his loyalties yet again, this time to the Japanese, producing anti-British propaganda on their behalf. Chinese sources say the opposite, that he wrote numerous letters and articles for the European press condemning Japanese imperial aggression in China. After the outbreak of the Second World War, he also made contact with the Nazis, offering to broadcast for them and to raise up all the Buddhists of the East against any remaining British influence in the area. The chief of the Gestapo in the Far East, SS Colonel Joseph Mesinger, urged that this scheme receive serious attention. It was even seriously suggested that Trebitsch be allowed to accompany German agents to Tibet to implement the scheme.

Heinrich Himmler was enthusiastic, as was Rudolf Hess, but it all came to nothing after the latter flew to Scotland in May 1941. After this, Hitler put an end to all crackpot, pseudo-mystical schemes. Even so, Trebitsch continued his work for the German and Japanese security services in Shanghai until his death in 1943. 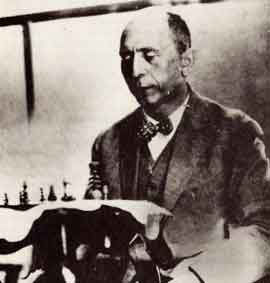 See also the Trebitsch biography by Bernard Wasserstein: The Secret Lives of Trebitsch Lincoln (1988) and articles in the New York Times and The Northern Echo.

Comment by lord_k on July 28, 2011 at 2:26pm
Sometimes reality is miles ahead of the wildest fantasy. Awesome bio. Thanks Dieter.

A Jew turned Anglican turned Buhddist who tried to work for the Gestapo? MP turned Double Agent turned Prisoner turned Monk turned would-be SS agent? Damn...real life blows fiction out of the water every time! I'd be laughed out of the writing biz if I wrote this story!