V-2's falling on London were just the beginning. Had the Nazis had their way, Mach 22 bombers would have devastated America from space. The scary thing? The concept was not entirely insane. This is the story of Eugen Sänger's Silbervogel. 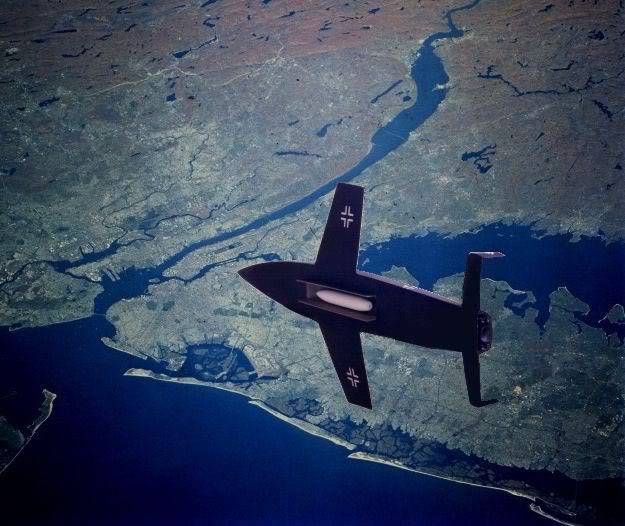 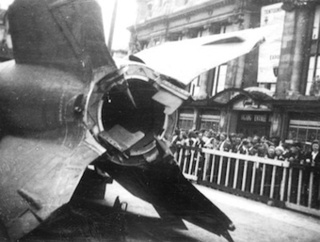 Nazi Germany may have lost the war but certainly not for lack of engineering genius. The sheer amount of advanced weaponry and concepts dreamed up during the Thousand-Year Reich's 12 years in business continues to baffle the mind. 800 mm artillery pieces? Check. The world's first jet fighter, cruise missile, and sub-orbital ballistic missile? Check, check, and check.

On the other hand, look what America did: it focused most of its efforts on a single advanced weapon, moving well beyond the concept stage. But the audacity of the German weapon concepts still fascinates, rather like their very successful 1930s Grand Prix cars. And the more feasible of them did eventually become products, as a search for Saturn V will show. The most breathtaking concept was Eugen Sänger's Silbervogel (“Silver Bird”). It was a design study commissioned by the Air Ministry for a problem Hermann Göring had spotted, namely that Germany's most powerful future enemy happened to be defended by the mother of all moats: the Atlantic Ocean. The ministry launched an initiative by the name of Amerika Bomber and Germany's crew of evil geniuses set to work. 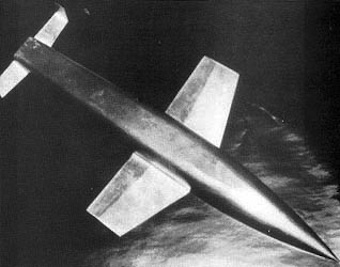 Most of the concepts presented to the ministry were upscaled conventional bombers, but not Sänger's bird, not that. Sänger was a member of the rocket society Verein für Raumschiffahrt—like rocket car designer Max Valier and most of the people who would later run NASA and build America's rockets—and his eyes were set on sub-orbital space, as outlined in his 1933 book Raketenflugtechnik (“Technology of Rocket Flight”). For the Air Ministry's project, he expanded it in 1944 with his future wife Irene Bredt under the name Über einen Raketenantrieb für Fernbomber (“A Rocket Drive for Long-Range Bombers”).

The Silbervogel was a rocket plane with a lifting body and counting by the number of successful rocket planes and lifting bodies built in the 70 years since, you can probably guess where this is going.

The absolutely brazen missions would have kicked off in Germany proper. Sitting on a two-mile track, the Silbervogel was to be accelerated to 1200 mph by a rocket Silbervogel flight path. Image Credit: Eugen Sänger sled powered by a cluster of V-2 rocket engines. Once airborne, it would have fired its own rocket engine and burned through the 90 tons of fuel that filled most of its slender silver-avian body to reach Mach 30 at a height of 90 miles, performance targets from a distant and very sci-fi future.

The launch would have been the easy part. The hard part was up in sub-orbit. On its way to New York City, the plane would have started to drop, however, the body itself was shaped to generate lift. The idea was that upon hitting the denser parts of the stratosphere, the Silbervogel would have bounced right back to space, not unlike a flat stone skipped on the surface of a pond. In a series of gradually decreasing skips, it would easily have reached the continental United States, dropped its payload of four—preferably nuclear—tons on a city of choice, then glided on to a landing in the Japanese-held Pacific. Switching to a Jeremy Clarkson accent at this point: right. While superficially feasible, there was a slight miscalculation pointed out in later studies of Sänger's work: the heat flow would have been significantly higher than calculated in Über einen Raketenantrieb, essentially resulting in their glorious bird burning to a crisp on the first stratospheric skip, an Icarus in reverse.

The project was cancelled after Germany found itself hopelessly tangled with an enemy much closer than distant America: the Soviet Union. And while Soviet weaponry was far from being in the same ballpark as Germany's balls-out prototypes, Joseph Stalin had a point with quantity being a quality all its own. 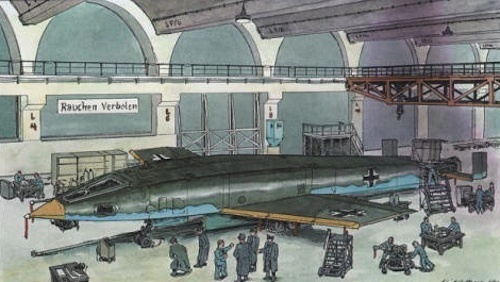 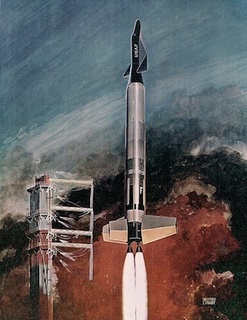 Stalin would later learn of the Silbervogel via captured documents from the German rocketeering center at Peenemünde and would launch a botched effort to recruit Sänger and Bredt to serve the Soviet Union. Instead, the Silbervogel concept was moved forward by the U.S. Air Force. In the early ‘60s, Boeing developed the X-20 Dyna-Soar, a lifting body very similar to the Silbervogel, to be launched into space on a Titan III rocket. In 1963, it was cancelled like its evil German twin, falling victim to the process which allocated all human spaceflight activities to NASA, running very different projects at the time. But barely a decade later, Sänger's dream of an aerodynamically reentering spaceship would finally be realized in the shape of the Space Shuttle, active to the present day.

As for Sänger, he lived in France for a few years after the war, then returned to his native Germany to work on ramjets and solar sails until his death in 1964. Not a man to let a lost war ruffle his imagination. Comment by Pilsner Panther on July 31, 2010 at 8:28pm
Fascinating, I'd never heard of this plane or its designer. I know that the Germans had a functional jet fighter right near the end of the war, but they couldn't produce enough of them to make any difference. Which is related to one of the main reasons why the Allies won: the sheer manufacturing capacity of the United States. The Nazis may have had some advanced aircraft, but we could crank out a lot more of ours. Of course, the war was already lost for Hitler when he made the idiotic decision to attack Russia. From then on, the Reich's days were numbered.

Comment by Larry on July 31, 2010 at 1:59pm
Reading these accounts of Nazi tech it strikes me that either Providence or sheer blind luck really saved humanity from a Nazi dominated world.