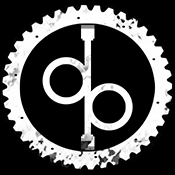 The Return of Philip Marlowe

Respected Dublin based and former Booker Prize winning Irish author John Banville writing under the pen name of Benjamin Black has just published a new novel entitled The Black-Eyed Blonde.  Having good reviews so far (though I haven't read it yet) it's a sequel to Raymond Chandler's The Long Goodbye.  So probably a must for Philip Marlowe fans but you might want to re-read 'Goodbye' first.

As a taster here's the second sentence:

"The telephone on my desk has the air of something that knows it's being watched".

Banville seems an unlikely choice to take on such a project but I wonder if there will be a film in the pipeline?  Anyway Marlowe fans, it's out there now.

Would you give it stars out of 10?  I can't get around to 'devouring' it for a while as I'm in the process of moving house.

I've just finished it, and Banville does a great job of capturing Chandler's style, right down to the loopy metaphors that somehow work.  And that's a tough needle to thread.