Friday the 13th was a lucky day this month.

Not only was it the 108th birthday of legendary pulp author Norvell W. Page, but we also heard first word from Black Dog Books that Mr. Page’s most famous story was being resurrected for the fans.

Satan’s Murder Machines is a two-fisted action tale starring Page’s infamous antihero, The Spider. If you’re not familiar with this “Master of Men,” he was a pre-cursor to Batman and a total pulp-era bad-ass.

Hardened in the fighting arts during The Great War, The Spider is a millionaire detective and master of disguise who serves hot Justice to Gotham's underworld.  When the law gets in the way, The Spider is there to right the wrongs.

What I love most about Page is that he isn’t afraid to up the stakes. When villains come stomping into town, they always do some serious damage. For example, in Satan’s Murder Machines, a gang uses robotic armor—suspiciously similar to Iron Man released 24 years later—to go on a crime spree. Anyone who gets in the way dies a horrible death… and a lot of people get in the way. It’s these bits of over-the-top violence from the antagonists that let you root for the maniacally homicidal tactics of The Spider.

If you have ever seen Sky Captain and the World of Tomorrow or the early Max Fleischer cartoon Superman vs The Mechanical Monsters, then you owe it to yourself to see where the original story came from. 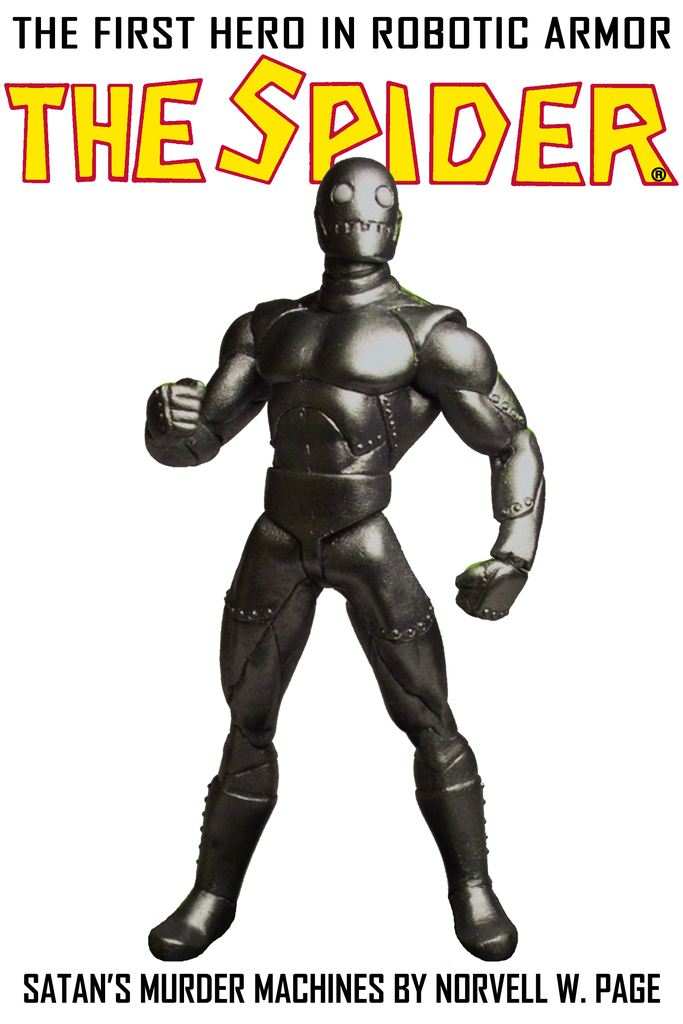