James Kerwin, director of Yesterday Was a Lie, was interviewed recently by TrekWeb. In the interview he talks about the origins of this dieselpunk indy movie, and what the future holds for his next projects. 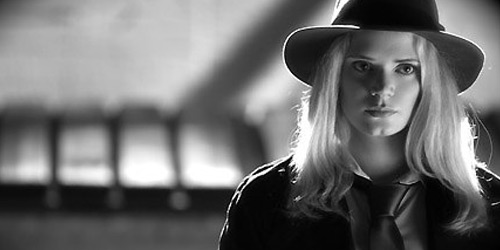 If you haven't seen Yesterday Was a Lie yet, check out the trailer below.

Hoyle, a girl with a sharp mind and a weakness for bourbon, finds herself on the trail of a reclusive genius. But her work takes a series of unforeseen twists as events around her grow increasingly fragmented... disconnected... surreal.

With an ethereal lounge singer and her loyal partner as her only allies, Hoyle is plunged into a dark world of intrigue and earth-shattering cosmological secrets. Haunted by an ever-present shadow whom she is destined to face, Hoyle discovers that the most powerful force in the universe -- the power to bend reality, the power to know the truth -- lies within the depths of the human heart.

You can purchase Yesterday Was a Lie from the Dieselpunks store at > http://astore.amazon.com/dieselpunks-20/detail/B00316DAOI